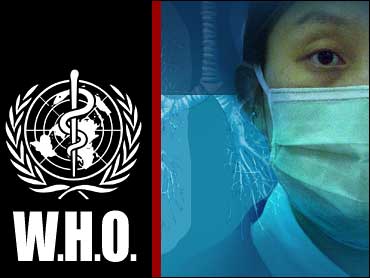 The World Health Organization and the Chinese government said Monday they were setting up a center to boost cooperation in fighting emerging infectious diseases such as severe acute respiratory syndrome, or SARS, and influenza.

The WHO collaborating center will be opened Tuesday at the Center for Disease Control and Prevention in Guangzhou, the capital of south China's Guangdong province, a joint statement from the WHO and China's Ministry of Health said.

The center will serve as a liaison between the WHO and the Guangdong disease control facility, with the aim of increasing information-sharing between China and the rest of the world, the statement said.

SARS first emerged in Guangdong and killed nearly 800 people worldwide before subsiding in 2003. China's south has been the breeding ground for diseases that jump between animals and humans because they often live in close proximity.

The statement said the collaborating center will help carry out epidemiological research, including studies into the animal origins of SARS and the transmission of influenza between humans and animals.

Avian influenza, or bird flu, has killed 124 people worldwide, including 12 in China.

No new human cases of bird flu have been reported in a more than a month, the official Xinhua News Agency said Monday, quoting Health Ministry spokesman Mao Qun'an, who also said the government was stepping up prevention measures.

"We are still keeping a close eye on bird flu and have strengthened scientific research and nationwide surveillance," Mao said.

The move follows the discovery of an outbreak of the H5N1 strain of bird flu in migratory birds in an isolated area of Tibet and neighboring Qinghai province, in western China, late last month.

Scientists fear the H5N1 bird flu virus will mutate into a highly contagious form that can be spread between humans, possibly sparking a global pandemic. So far, most human cases have been linked to infected birds.

The WHO collaborating center in China aims to become a training base for other southern Chinese provinces as well as countries in the region, the statement said.

"We know from SARS and avian influenza that what happens in one country affects another," Shigeru Omi, WHO regional director for the western pacific, was quoted as saying in the statement. "China is helping WHO and the world implement lessons learnt from recent emerging infectious diseases."