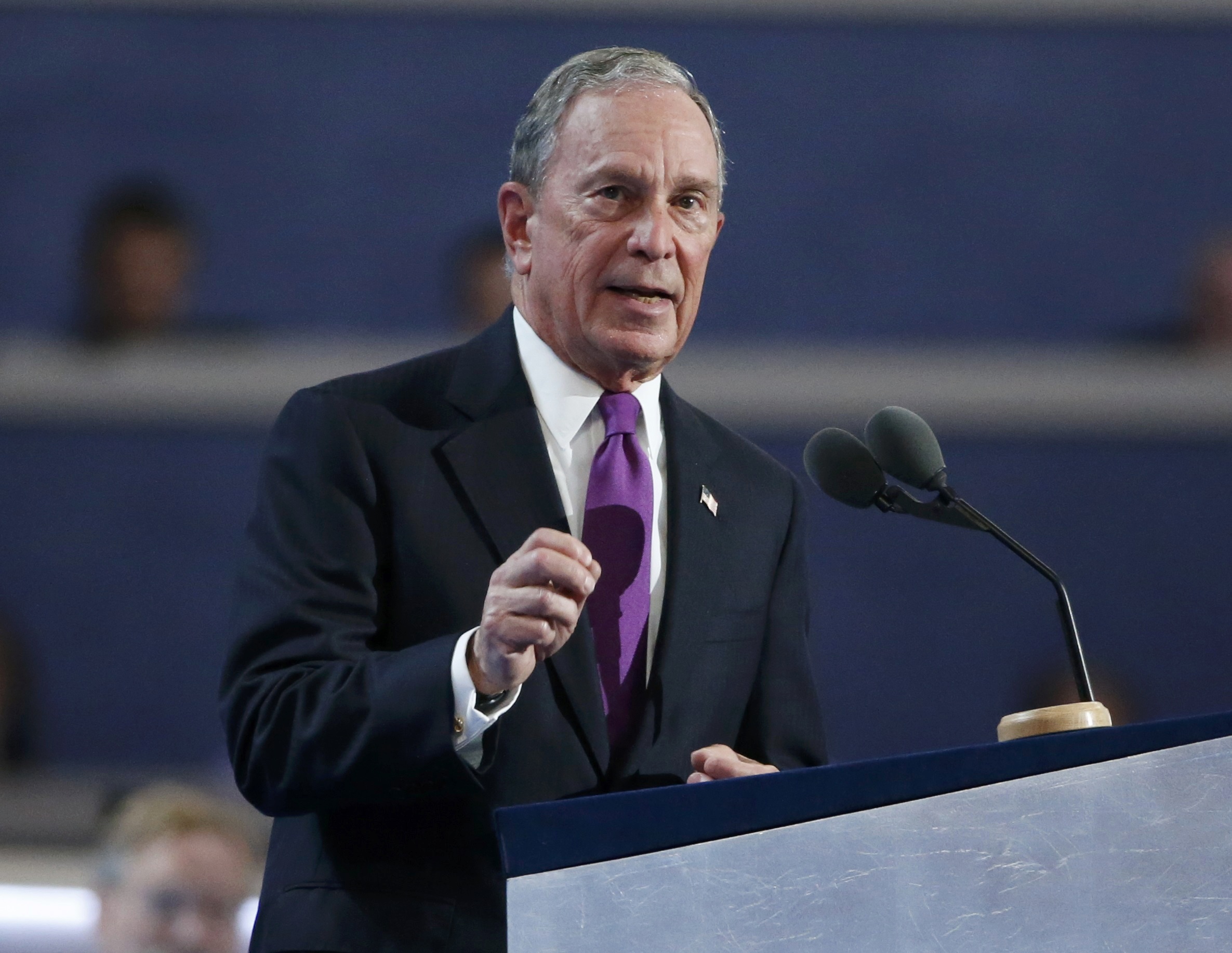 Could an independent be the next president of the United States?

Since the emergence of the modern two-party system in the 19th century, every president has been either a Republican or a Democrat. However, with the philosophical gulf between the two parties growing bigger seemingly by the day, it's possible, albeit unlikely, that our next commander-in-chief will be an independent who tries to win votes from both sides.

Here's a list of some possible independent candidates for the presidency in 2020.

The diminutive billionaire and former three-term New York mayor would be able to fund a campaign without breaking a sweat. He's also flirted with running for president in the past, and has stayed engaged in politics by pushing for gun control, as well as advocating for pet causes such as regulating sugary drinks.

Bloomberg is the kind of fiscally conservative, socially liberal politicians that centrist pundits love. However, it's hard to say if his centrist message would ever resonate with the electorate, which has grown much more polarized and partisan in recent years. Also, America just may not be in the mood to replace President Trump with another Manhattan business tycoon.

On the other hand, given his financial resources -- his net worth is hovering around $48 billion according to Forbes -- and record as New York's mayor in the years after 9/11, it would be foolish to completely rule out the possibility of a Bloomberg presidency.

Like President Trump, Cuban is a businessman turned TV personality. He's also known as the charming if somewhat excitable owner of the Dallas Mavericks. Briefly floated as a potential Democratic vice presidential candidate in 2016 following his war of words with Mr. Trump, Cuban has expressed interest in running for president as a Republican. "I think there's a place for somebody who's socially a centrist but I'm very fiscally conservative," he told Fox News on Sunday.

The "Shark Tank" personality Mark Cuban also said that he's been "thinking quite a bit" about a potential 2020 run, telling Chris Wallace on "Fox News Sunday" that at the moment there was a slight chance for a bid.

"Would I do it? Right now I say it is 10 percent," said Cuban, conceding the only thing holding him back "more than anything is my family."

No sitting president has been forced out of office by a primary challenge since 1968, when Lyndon Johnson stepped aside after Robert Kennedy announced that he would run against him. So the better bet for Cuban might be an independent run, which would allow him to sidestep conservative primary voters and run as a moderate in the general election.

The former Army general is famous both for rescuing the U.S. effort in Iraq and the affair with a biographer that led to his downfall and resignation as CIA director. Still, Petraeus was arguably the most talented Army officer of his generation and still seen as an authority on the Middle East. Plus, the military is still the most revered institution in America, and retired generals already have a major footprint in Mr. Trump's administration.

Petraeus would in many ways be a logical presidential aspirant were it not for that scandal, which bears some resemblance to the email issue that hobbled Hillary Clinton's campaign. He pleaded guilty in 2015 to mishandling classified material, which he had handed over to his mistress, and was sentenced to two years probation. Explaining his amazingly bad judgment in that episode to voters probably won't be easy, but it may not be impossible.

After all, when you put that embarrassment aside, he's had a dazzling career, and the kind of resume political strategists salivate over.

Kasich, the governor of Ohio, was the last candidate standing in the 2016 presidential GOP primary before President Trump accepted the party's nomination.

In mid-October, Kasich, 65, dodged when he was asked if he has ruled out another White House bid: "I don't know what I'm going to do tomorrow," Kasich said on NBC News' "Meet The Press."

"You know, I will tell you this. The other day, with all the chaos going on, my wife said to me one morning, she said, 'You know, John, I wish you were president.' That's how I knew the country was in trouble," he added.

In August, he also insisted that he had no plans for a 2020 presidential run. That month, he denied reports of a possible joint 2020 ticket with Colorado Gov. John Hickenlooper, a Democrat.

Kasich has served as governor of Ohio since 2011 and previously served in Congress from 1983 until 2001, serving as chairman of the House Budget Committee during the mid-to-late 1990s.

Joe Scarborough, the longtime host of MSNBC's "Morning Joe," announced earlier this month that he was officially leaving the Republican Party and becoming an independent. Scarborough, who is now engaged to his co-host, Mika Brzezinski, announced that he would leave the party in July and accused Republicans of abandoning their fiscal principles. Scarborough has been a fierce critic of President Trump.

In June, the two co-hosts got into an escalating feud with Mr. Trump, claiming that the White House threatened that the National Enquirer would publish a negative article about them. The president also attacked Brzezinski's appearance, saying that he had seen her "bleeding badly from a face-lift."

This prompted a response from Scarborough. "We don't even know how to respond to this as a country. We don't know how to deal with this guy and we have friends inside the White House that have told us over the past month they're getting more concerned about his emotional state and also more concerned at the same time about what's happening across the world," Scarborough said on their MSNBC show, "Morning Joe."