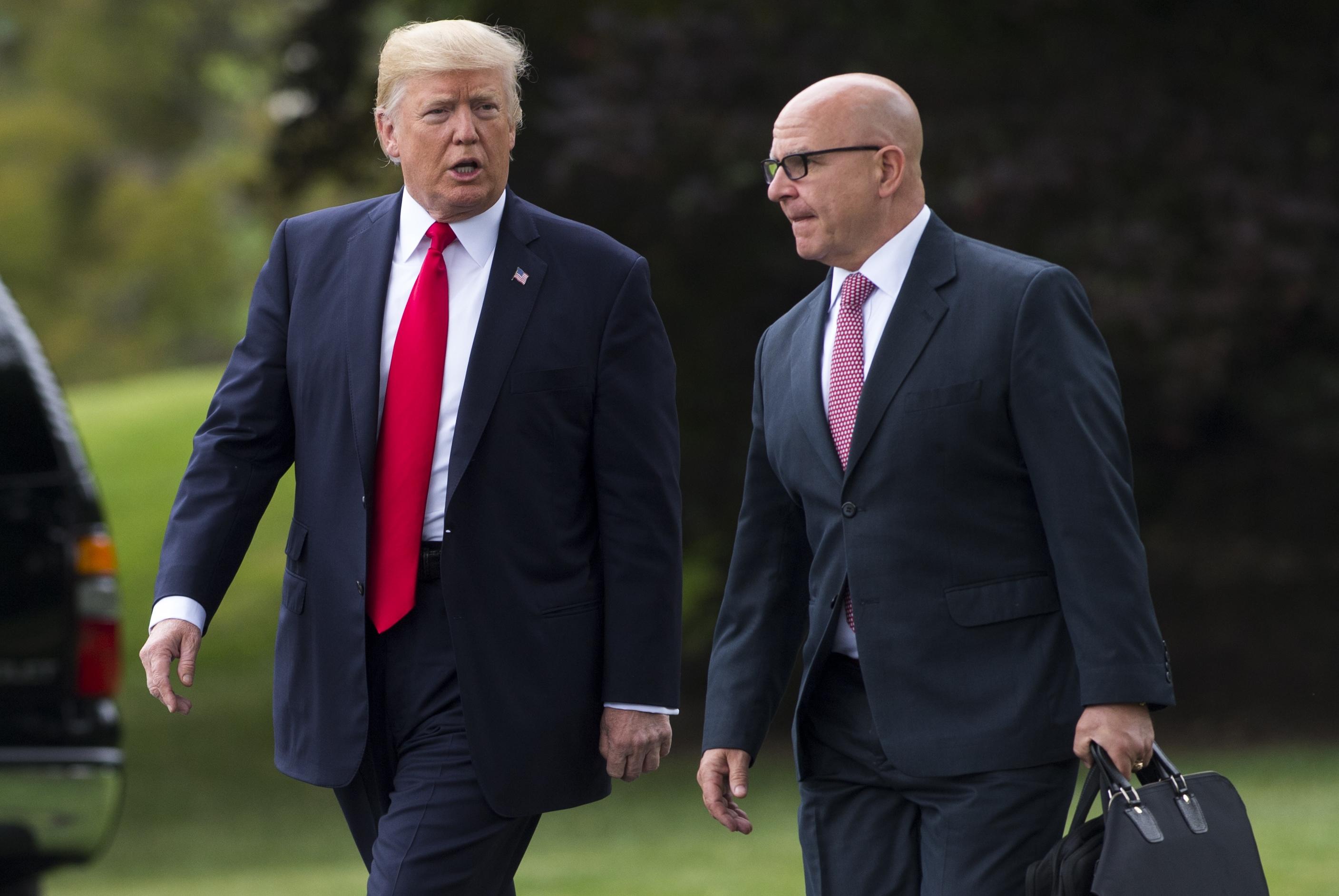 Nikki Haley, the U.S. ambassador to the United Nations, said Defense Secretary Jim Mattis has "plenty of options" for addressing North Korea, in light of Pyongyang's latest missile test that launched over Japan and into the Pacific Ocean early Friday.

Haley, in a White House press briefing with reporters Friday, said tough sanctions are in effect against the North Korean regime, and 90 percent of trade has been cut off against North Korea. Haley emphasized the importance of pushing through "as many diplomatic options as we have." But the Pentagon also has options, she said.

Haley briefed reporters alongside National Security Adviser Gen. H.R. McMaster, after the intermediate-range ballistic missile traveled for 19 minutes before landing in the Pacific Ocean, according to South Korea's military. The missile launch is believed to be North Korea's longest yet.

"I have no problem with kicking it to General Mattis because I think he has plenty of options," Haley said.

McMaster also did not rule out military intervention.

"There is a military option," McMaster said.

Military action is precarious because North Korea could easily strike its southern neighbor and kill potentially millions of people in nearby Seoul.

"There is a consensus among all key nations that denuclearization of the peninsula is the only acceptable objective," McMaster said.

Mr. Trump certainly hasn't closed off the possibility of military action in North Korea. In the past, the president has said the U.S. is "locked and loaded," although he has also said military intervention isn't the preferred route.

On Friday, Mr. Trump — asked if he was running out of diplomatic options for dealing with North Korea — said, "No."

In Friday's briefing, McMaster was forced to address an early morning tweet from Mr. Trump, after an explosion at a London train station injured at least 22 people. A London police official has called it a "terrorist incident." Mr. Trump tweeted that the, "sick and demented people" were "in the sights of Scotland Yard," prompting questions about whether Mr. Trump divulged sensitive or even classified information from an earlier call with British Prime Minister Theresa May.

McMaster struggled to directly answer the question, eventually saying he thinks the president was merely saying this kind of attack is what the U.K. and U.S. are trying to prevent.

On the domestic front, White House Press Secretary Sarah Huckabee Sanders said the president will assemble a plan for immigration legislation, including how to handle "Dreamers" affected by the Deferred Action for Childhood Arrivals program, in the next seven to 10 days. The Trump administration earlier this month announced it will be ending the program, and has given Congress six months to find a legislative solution. Earlier this week, Senate Minority Leader Chuck Schumer and House Minority Leader Nancy Pelosi said they struck a deal with Trump on DACA and border security that excludes funding for a border wall, although the White House disputed that account.

Updates from earlier below:

The White House has pushed back on that message, saying there is no such agreement to exclude a border wall.

Sanders said the president will lay out a plan for a broad immigration bill including DACA in the next seven to 10 days.

"There is a military option," the top general said, adding it's "not what we prefer to do." He pressed for any action, in partnership with other nations, "short of war."

McMaster was asked what the president meant by an early morning tweet in which he said such "sick and demented people" were "in the sights of Scotland Yard." Mr. Trump spoke with British Prime Minister Theresa May early Friday.

"I think what the president was communicating ... Scotland Yard has been a leader as our FBI has been," McMaster said, claiming the president's tweet only meant this kind of attack is what the U.K. and U.S. are trying to prevent.

There was some concern that Mr. Trump was sharing sensitive or even classified information from an ally.

McMaster said the can has been kicked down the road on North Korea, and options are limited.

"We've been kicking the can down the road, and we're out of road," McMaster said.

Haley said North Korea will be a priority issue as the U.N. General Assembly convenes in New York next week.

"There are no shortage of issues, with North Korea being front and center."

Haley said it's important with North Korea to try all the diplomatic approaches at U.S. disposal.

Haley said it's a "new day" at the U.N., and there are a "lot" of changes happening there, as Mr. Trump prepares for his first appearance at the U.N. General Assembly next week.

"They are all very anxious to hear what he has to say," Haley said of other nations attending the summit.

Vice President Mike Pence will conduct two briefings, one on human rights and another on peacekeeping, Haley said, adding the U.S. has helped save $500 million on peacekeeping efforts.

1:24 p.m.: McMaster: The U.S. stands with the United Kingdom and France

McMaster acknowledged the possible attacks in the U.K. and France, saying the U.S. will stand with its allies against evil.

"The U.S. remains committed to defeating terrorist organizations as well as their evil ideology," McMaster said.