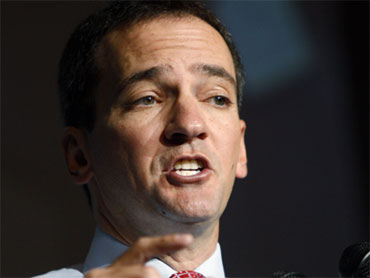 "I do believe we've been transparent, yes," Gibbs told reporters pressing him about revelations that White House deputy chief of staff Jim Messina called Romanoff to discussjobs that "might be available" if Romanoff dropped his primary challenge. (In a response, the White House noted that Romanoff had previously applied for an administration job.)

Gibbs said President Obama was not aware that Messina was approaching Romanoff and thus did not sign off on the decision. He also maintained that no actual job had been offered.

Gibbs was asked if the Romanoff discussions - combined with the White House's enlistment of former President Bill Clinton to talk to Rep. Joe Sestak about the possibility of dropping out of the Pennsylvania Democratic primary - represented "politics as usual." The White House has been hammered by Republicans who have cast the administration's claims that it would bring change to Washington as hollow in light of the revelations.

"Well, I think the leaders of parties have long had an interest in ensuring that supporters didn't run against each other in contested primaries," Gibbs replied.

He later added, speaking of the president: "We went through a pretty contested primary. They're not altogether fun things. Does the leader of the party have an interest in ensuring that primaries that tend to be costly aren't had so that you're ready for a general election? Of course."

Asked if there had been other such efforts to clear contested primaries, Gibbs replied, "not that I'm aware of."