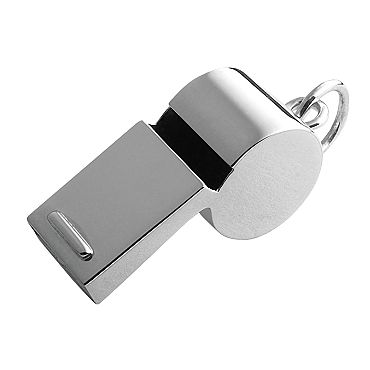 (CBS) SAN FRANCISCO - If you suspect your boss is up to something shady when it comes to computer software, employees can now get paid for blowing the whistle, reports CBS San Francisco.

Last year, the Business Software Alliance, an industry group that hunts down software pirates on behalf of more than 80 companies, including Apple, Adobe and Microsoft, reportedly settled eight piracy cases across the country involving more than $2.5 million in stolen software.

A percentage of the fines goes to informants as a reward, reports the station.

"That could be a minimum of $5,000, up to one million dollars, to sort of help you or encourage you to make that report," Peter Beruk with the BSA told CBS San Francisco.

Beruk said the BSA gets about 2,500 tips a year. He said those tips are mostly dependent on workers-turned-whistleblowers.

Chuck Kost, a computer science teacher, told the station he became frustrated when his public school district wouldn't stop using pirated software, so he decided to file a report through the BSA's website.

Kost said the idea of potential retaliation crossed his mind but didn't really concern him because the process "was very confidential."

Businesses that are caught can reportedly pay extra to keep the settlement private. However, the BSA's Beruk said punishment is harsh for those who are caught.

"The fines can be up to $150,000 for each infringed title. If the matter is pursued criminally, the fines can jump up to $250,000 with the possibility of five years in jail," he told the station.

According to the BSA, only about half of their tipsters ask for a reward, which is only given out after a case is settled. The group said that in a lot of cases, companies will get a polite letter in the mail and settle discreetly.