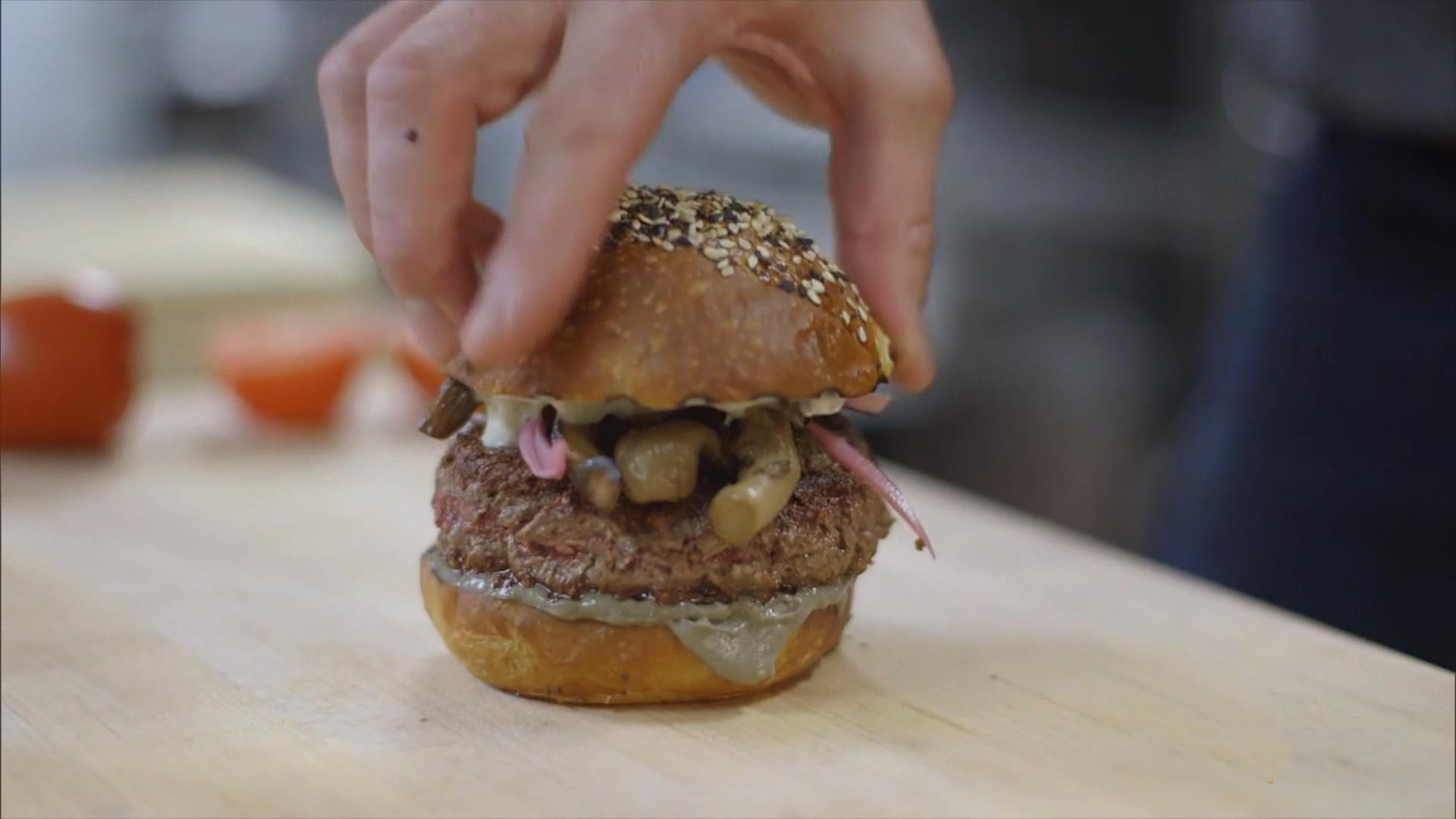 It tastes like the real thing, but it's just a little different. Allison Aubrey reports on hamburgers that are made from plants instead of beef

At the Oakland A's Coliseum, there's a new twist on a summer classic. It's the Impossible Burger, made not from beef, but from plants.

Julia Green is about to get her first taste.

"It doesn't taste like plants," Green says after a bite.

It looks, it cooks, even bleeds like the real thing. Michelin-star restaurants are serving it up and so is Burger King.

The guy behind it is a scientist. Pat Brown is a former professor at Stanford.

Brown's work helped revolutionize the whole field of gene research, but during a sabbatical he decided to make a big change to pick what he thought was the most important problem in the world that he could help solve.

"And once I started looking into it very quickly I realized that the problem was the destructive environmental impact of our use of animals in food technology," Brown told "CBS Sunday Morning's" Allison Aubrey.

Meat production is a leading cause of deforestation, with more than a quarter of all the usable land on the globe used to graze livestock. On top of this, about a third of all cropland is used to grow crops to feed livestock.

In fact, it takes about seven pounds of feed to produce a single pound of beef.

Brown knew people would never give up the taste of meat, so he set out to recreate it.

His eureka moment came when he and his team found the very thing that helps give beef its beefy taste. It's an iron-rich molecule called heme. It's abundant in animals and plants have it too. Brown's idea was to get heme from the roots of soybean plants.

Brown told CBS News the heme in blood is what gives raw meat its bloody taste.

"But the thing that was more surprising in a way is that it's what causes the magic to happen when you cook meat," Brown said.

This is really the secret sauce of the Impossible Burger. Along with a mix of vegetable proteins and fats, the heme is the catalyst that helps produce all the flavor and aroma.

Laura Kliman is the senior flavor scientist at Impossible Foods. It's her job to make the burgers taste great. She says this process is really just cutting out the middleman. Or middle cow...

"We feed plants to cows and cows turn those plants into meat," Kliman said. "We are just getting rid of that middle cow."

Impossible is in the midst of a big scale-up. If all goes as planned, they'll be in Burger King nationwide by the end of  the year and eventually you'll be able to buy them in grocery stores.

But say you just really don't want to give up on real meat. Another company has a completely different approach. They want to grow meat in a laboratory.

Josh Tetrick is CEO of JUST, a food company based in San Francisco. He thinks in a handful of years, the majority of meat produced won't require killing a single animal.

"At the root of it, we're trying to help people eat better," Tetrick said. "All we do is to say. 'You know what? You don't need billions of animals. You don't need all this land and the water. You need a couple cells from the best animals.'"

Tetrick gave CBS News a peak at his process. Cells from a chicken are fed with this mix of liquid nutrients and put in a tank where they divide and grow. And two weeks later, according to Just, you'll have a chicken nugget.

Tetrick said right now the cost for one nugget is about $200, but since this meat is not for sale yet, there's not really a set price. Eventually, the goal is make it affordable.

It will likely be years before cell-based meat is sold in the U.S., but back at Impossible Foods, Pat Brown says the future is now. He said they're already making steak prototypes and have plans to do fish.