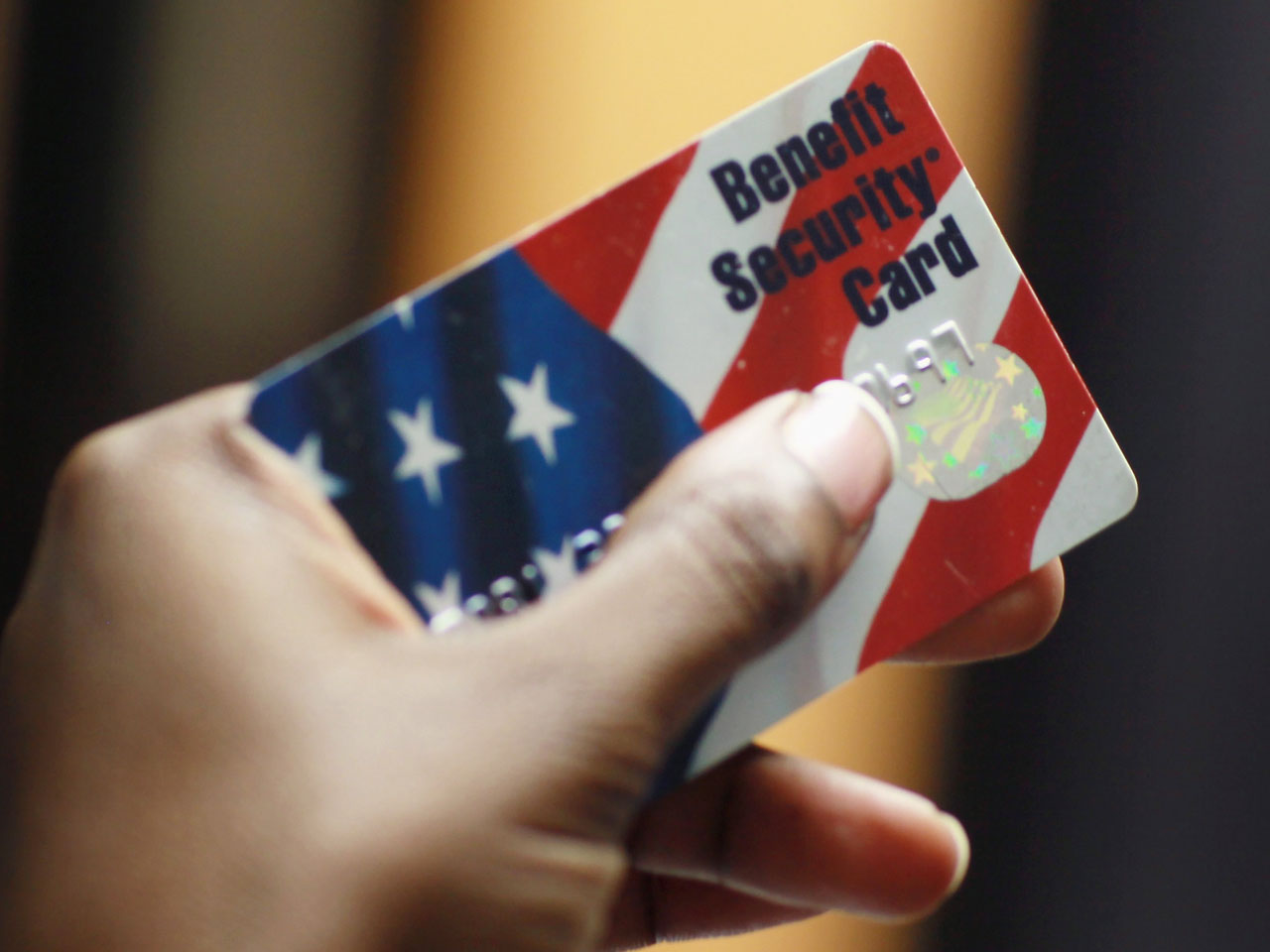 Editor's note: The CBS Reports video "Hunger in America" contains images of hungry people, including children, that can be difficult to watch.

Food insecurity -- or not having enough food because of a lack of money or other resources -- is a way of life for almost 1 in 8 Americans. And that rate remains higher than before the recession, when the numbers were slightly more than 1 in 10, according to data from the U.S. Department of Agriculture.

Hunger has never truly left America since President Lyndon Johnson's "war on poverty" in the 1960s, which led to the development of government programs such as food stamps. While the kind of abject hunger that was shockingly captured 50 years ago by the CBS Reports documentary "Hunger in America" may be largely a thing of the past, food insecurity remains widespread today, touching every county of every state in the nation, according to the nonprofit Feeding America.

Residents of some counties are suffering more than others, according to Feeding America's research. Rural counties are among the worst-hit, comprising 79 percent of the counties with the highest food insecurity rates, even though they make up only 63 percent of all U.S. counties.

The economy might be improving, but the benefits aren't always reaching these Americans, said Erin McDonald, vice president of Feeding America's Center for Applied Research in Action.

"The overall numbers for unemployment are lower and there are jobs ... but people are making choices around paying for utilities, rent and other costs," McDonald said."Food is a basic need where maybe they are going without or cutting back."

Feeding America's report comes as lawmakers in Congress consider a farm bill that would add work requirements to the federal food stamp program. If adults who are able-bodied and don't have dependents aren't working at least 20 hours a week, they wouldn't be able to receive food stamps. (A GOP faction's revolt during a House floor vote May 18 defeated the farm bill by a count of 198 for and 213 against, but the legislation is widely expected to be reconsidered before a September government funding deadline.)

Anti-hunger activists warn that adding the more stringent requirements may worsen hunger in America. And already, according to Feeding America, many of those food insecure households don't qualify for food stamps.

The issue might not be how to cut back the Supplemental Nutrition Assistance Program (SNAP), the formal name for food stamps, but how to expand it, said Craig Gundersen, lead researcher on the report and a professor at the University of Illinois.

"SNAP is this amazingly successful program, so instead of trying to find ways to cut SNAP or change the way it's structured, it would be great if we could talk about how to expand who is eligible" and how to boost benefits, he said.

He added, "Central to this is we know the households who are suffering from food insecurity have higher health care costs."

In other words, helping families avoid food insecurity and hunger could lower long-term health problems, a relatively inexpensive way to stem chronic health conditions that are linked with a lack of food. Food insecure households spend about 45 percent more on medical care a year than people in food-secure homes, according to the Center on Budget and Policy Priorities, a left-leaning think tank.

Because the food stamp program has income and asset thresholds, some families that are struggling to put food on the table don't qualify for the program. Almost half of those 41 million Americans who are food insecure don't qualify for food stamps, Feeding America found.

"Food insecurity is often times invisible," Gundersen said. "If you want to talk to one group that sees it, it's teachers at the elementary school level. They see children coming in without having breakfast -- one group on the front lines that just goes without food."

Food insecurity doesn't only impact health, but children's ability to learn and thrive in school, McDonald said. And food insecurity is more commonplace with children than in adults, with one in six children suffering from lack of reliable food.

A 2017 study in the journal Child Development found that children who suffered from food insecurity were predicted to have lower cognitive and social-emotional skills in kindergarten. The researchers recommended boosting the availability of food to children under 2 years old to give poor children a better chance at succeeding in school.

Some of those families rely on food pantries to help stock their shelves, but the network of local and state charities can't provide enough meals to feed all the food insecure people in the U.S., said McDonald.

"SNAP provides 12 meals for every one meal we serve," said McDonald. "While every food bank and agency will step up, there are finite resources they have to meet that gap."

Even so, food stamps aren't designed to pay for a household's entire grocery budget. In the program's early days, food stamps were limited to one-third of a household's grocery spending. Today, a majority of recipients tap their own bank account as well as their food stamp benefits to buy groceries.

Food stamp benefits may not be as generous as some believe. The average benefit is about $1.40 per person per meal, according to the CBPP.

"If people lose their food benefits or if they are reduced, it's clear that food insecurity would go up," said Stacy Dean, "That's why so many of us are concerned about the proposal" to introduce work requirements.

Below are the 10 states where food insecurity is the highest, according to data from Feeding America. The percentages of residents who are classified as food insecure are in parentheses.

How Old Navy is stirring up a plus-sized gaffe