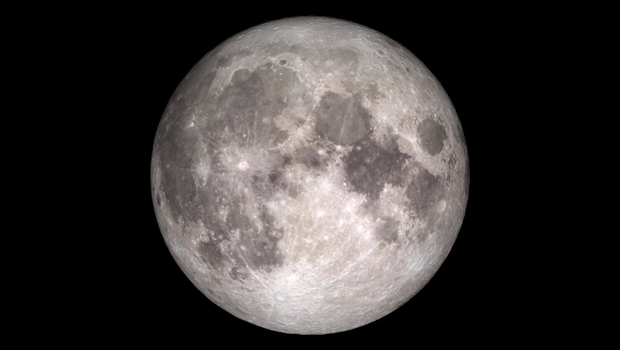 Most parts of the U.S. won't see a white Christmas this year, but they will see a bright one, as a full moon coincides with the holiday for the first time in 38 years.

The final full moon of the year each December is known as the Full Cold Moon, and it hasn't fallen on Christmas since 1977. Astronomers say it won't happen again until 2034.

If you want to catch a glimpse, NASA says the moon will reach its peak at 6:11 a.m. EST on Christmas morning.

Moonrise and moonset times vary slightly depending on your location, even within time zones. In New York, the moon rises at 4:28 p.m. EST on Christmas Eve and sets at 7:03 a.m. EST Christmas Day, while the times are a few minutes earlier in Boston to the northeast, and about 20 minutes later in Atlanta to the southwest. Times are similar in other cities across the country, but if you want to be precise about it, you can look up the moonrise and moonset times for your city here.

If clouds interfere with your view, the Slooh Community Observatory is hosting a free webcast beginning at 7 p.m. EST on Christmas Eve. As a bonus, their telescopes will also be tracking Comet Catalina, a recently discovered comet that should be visible for the next few weeks. You can watch the webcast here until midnight EST.

It has been an unusually busy holiday for stargazers, with an asteroid buzzing by Earth this morning. The space rock, about 1.24 miles wide, stayed a safe distance away, passing about 6.6 million miles from our planet.

The full moon photo above comes from NASA's Lunar Reconnaissance Orbiter, which has been circling the moon and sending back data and images of the lunar surface since 2009.