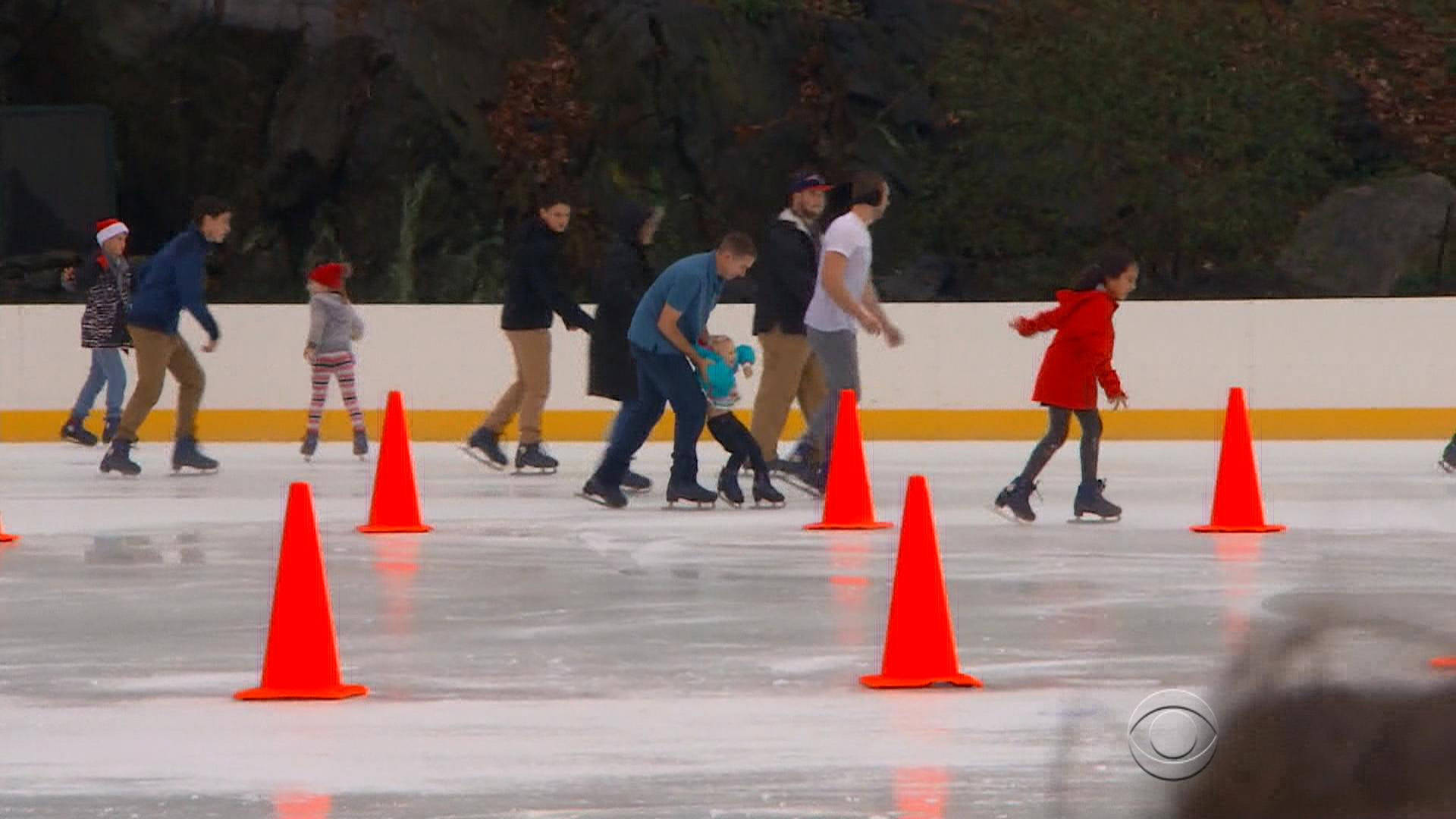 NEW YORK -- During the busiest shipping week of the year, mail carrier Valerie Dickson has some spring in her step.

"Usually I have a big coat, two pair of gloves, scarf around my throat, mouth, nose and all that," Dickson said. "I have a scarf on, but I don't need to be wrapped all up."

In Chicago, where Dickson was making her rounds, temperatures were in the 50s Tuesday. Last year, she was delivering mail as wind chills were 20 below.

"Now we're going to be open right through Sunday, so we're beyond Christmas -- that's unheard of," Murphy said.

But other businesses in the Northeast, like ski resorts, are watching profits melt away.

New York City is bringing in winter on a high note. Central Park is on pace to break a December record for the fewest number of days below freezing. Tuesday, temperatures reached 62.

The Macleod family of Scotland is visiting New York City for the first time.

"We brought big, massive winter jackets, expecting having to keep warm going for walks but, as you can see, they're back in the hotel and I'm wearing a T-shirt," Ali Macleod said.

The high on Christmas Eve is expected to break a record. Christmas Eve's record high of 64 degrees is also in danger.