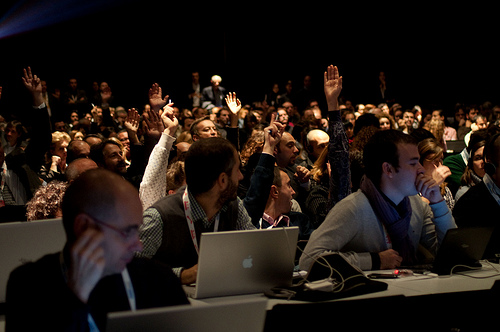 (Moneywatch) Managers are often criticized for being too heavy-handed and intruding where they shouldn't. But sometimes the opposite is true -- managers can be too light-handed, staying above the fray when they should be getting involved.

This point resonated for me when I heard a discussion of the high acquittal rates for judge-decided trials of alleged drunk drivers. As reported by the Boston Globe (and explored further on WBUR), 80 percent of drunk driver defendants who face a judge walk away scot-free.

Judges seem to bend over backwards to give even the most egregious defendants the benefit of the doubt. For example, one judge acquitted a defendant who was drunk in his courtroom. When asked if he had driven himself to court. he admitted he had. The police later arrested the guy on his way home from the courthouse.

As with judges who look the other way, evidence of malfeasance is often staring managers straight in the face. Yet they, too, frequently fail to act. Why? The reasons are varied, but often that passivity comes with the best of intentions. The manager simply hopes the situation will improve.

When it doesn't, the manager typically continues to let the underperforming employee carry on. Only when there is a crisis is action taken, and by then it is often too late to prevent bigger problems, such as missed deadlines, squandered resources, and sliding productivity.

So what should managers do? The rule of thumb in management is always to give people the "what to do," but not the "how to do it" (one exception -- new hires). In other words, you want employees to use their own skills to figure things out. But while that generally works with capable employees, some people need a little coaching. To that end, here's how a manager should steer such workers back on course:

Explain the situation. Compliment the employee for her effort, but make it clear that her performance remains substandard and that you are going to help the person improve it.

Ask for feedback. Give the employee the opportunity to explain his or her side of the issue. The employee may have a valid reason for doing a poor job, such as lack of time, resources, and training. Yet these reasons may also be exaggerations.

Reject excuses. Too often, workplace underperformers get away with things because they are allowed to. Now is the time for the employee to take ownership and agree to improve.

Agree to a plan. Managers can put low performers on a performance improvement plan. But such a plan must always include the words "by when," meaning the employee is on notice starting now and must improve within a certain time frame, such as 90 days.

Managers must be as specific as possible in offering guidance to underperformers. They should get into how an employee should do his or her job, because at the moment they are not doing it right. Being specific can open the employee's mind to what must be done.

Managers who avoid confronting such employees also risk alienating other workers on their team. These employees are often picking up the slack, and they can become discouraged when they see the underperformer get away with things for which they are held accountable. It creates resentment. And so when the underperformer is removed, a common response to the manager is, "What took you so long?"

Managing employees is no cakewalk. Although you must strike the right balance between hands-on and hands-off management, it should never be hands-free. A manager needs to be as engaged in the process of helping the team succeed as is necessary, especially when that means actively helping employees improve their performance.