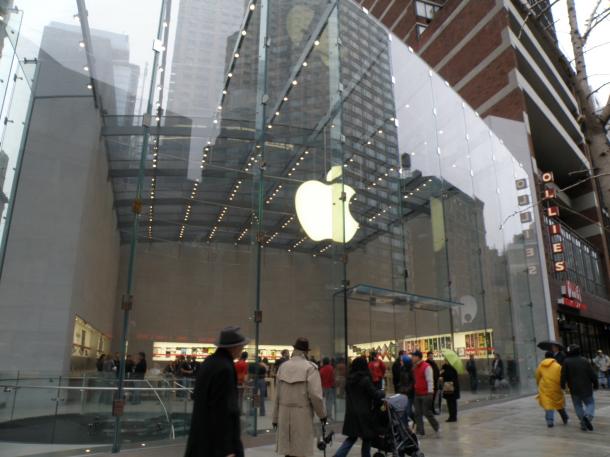 (MoneyWatch) COMMENTARY Tech and business headline writers, possibly desperate for a little Apple (AAPL) juice to bump up readership, trumpeted that Apple had become the largest corporation, by market value of all time. There was just one thing wrong about the pronouncement: It pretended that inflation didn't exist and that a dollar in the dot-com era 1990s was worth the same as it is today. It was a comparison of apples and oranges, if you will. And the nature of the error offers an important lesson for investors, consumers, and the business world itself: Stop focusing on artificial criteria of excellence.

Columbia Journalism Review pointed out the error that appeared in such publications as the Wall Street Journal, Bloomberg, Reuters, USA Today, and AP. The problem they all had was ignoring the inflation factor that savvy businesspeople and economists take into account. What Apple had achieved was a nominal, not absolute, record. Adjusted for inflation, Microsoft (MSFT) had a 1990s top market cap of $856 billion. Forget headlines: A number of prestigious outlets didn't mention the factor anywhere in their stories.

According to the Financial Times' Lex column, the substitution of nominal for real comparisons is called money illusion, a concept that Irving Fisher identified in 1928. People mistake face value for real purchasing power. (Just before the Great Depression was a perfect time for such a concept to come into being.)

The concept was sent off to the dustbins by Milton Friedman, but behavioral economists today, who have largely discredited the presumed rationality of the market, have revived the idea that money confuses people.

Sadly, the confusion runs rampant in a press comprised largely of people who are averse to numbers (in their defense, it does get tiring defining "nominal" in every story). Reporters often misunderstand what figures actually mean, which is why articles can treat junk science as though it were sound, draw conclusions from studies that do not support those conclusions and mistake what the value of a company is. Or, as my colleague Allan Roth points out, report the index return of the market as if it were the total return.

Many experts on the markets, to say nothing of fanboys, have argued that Apple has long been undervalued, with stock trading at lower multiples of revenue or earnings than might be expected for other companies. Or look at Facebook (FB), which is suddenly worth half of what it was at its IPO, even though the fundamentals of the business have not significantly changed in the last three months. There are solidly performing companies that are dismissed by the markets because they aren't glamorous enough, or questionable ventures that go sailing in valuation for no discernible reason.

Outside of a publication like the Financial Times or perhaps the Economist (interestingly, both British), it is difficult to get cogent and clear-eyed reporting, let alone analysis, from the press when it comes to evaluating businesses. It might be far wiser and safer for investors to begin to realize this and to seek outlets with a degree of common sense, as well as brushing up on their own numeric literacy. No one is going to care about your economic future as much as you.