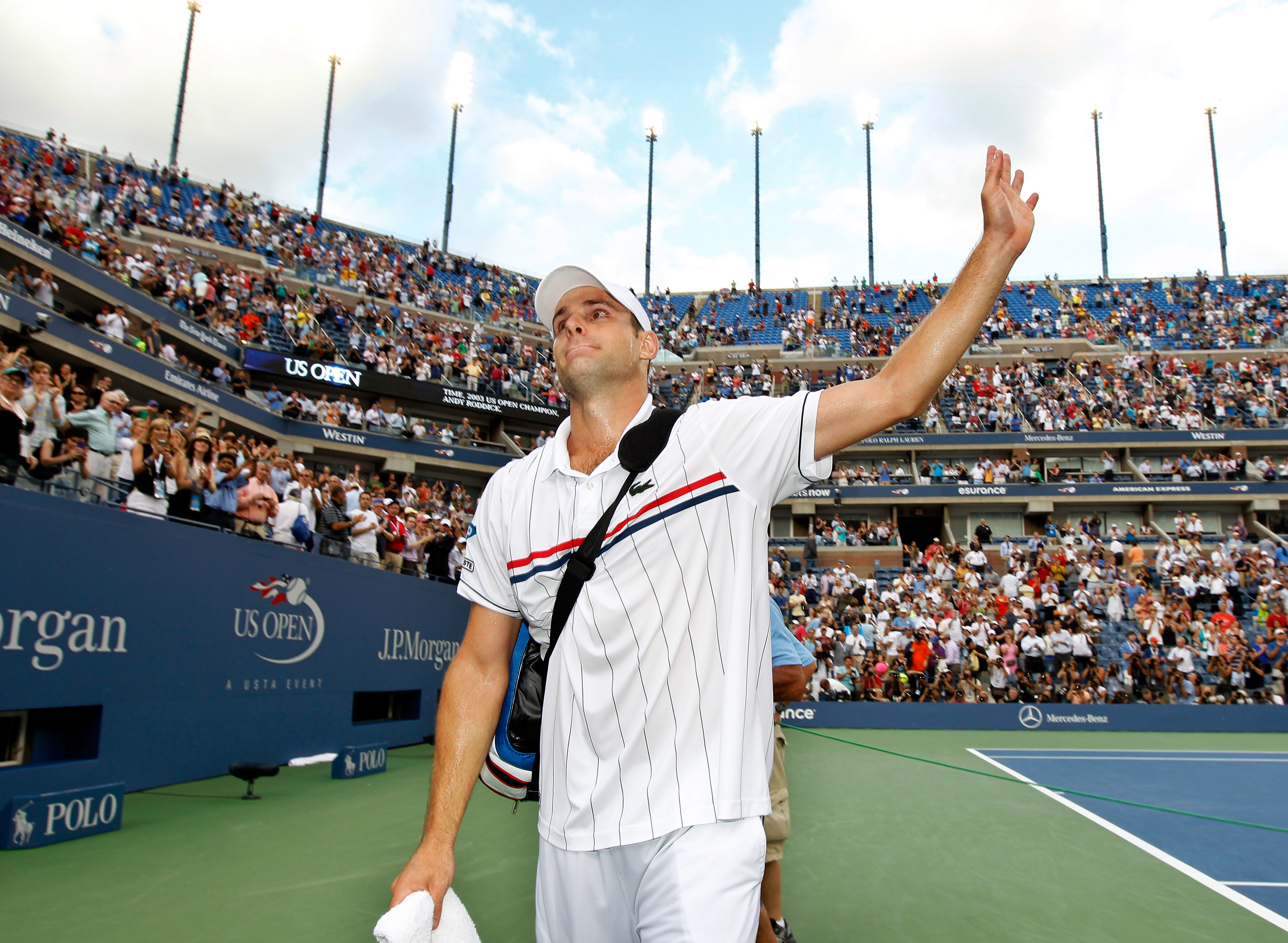 (CBS News) Thirty-year-old Andy Roddick offered fans a glimpse at his final punishing serves on the tennis court Wednesday, after losing his fourth-round match with Argentinian player, Juan Martin del Potro. The loss came nearly a week after he announced he would retire after the U.S. Open.

Roddick won the tournament in 2003.

So what's next for the American tennis legend?

CBS Sports analyst Justin Gimelstob, who played against Roddick during his pro career, said the tennis star will look to spend more time with his family, play golf and may move on to work in sports radio.

Gimelstob said, "Tennis is one of the lone meritocracies in the world where you control everything around you. So it's a bit of an adjustment. Everyone will feel it."

"He's got a great family life. He loves his wife Brooklyn and he's looking forward to spending more time with her. He loves his golf. He'll be playing a ton of golf. He has a tremendous ambition with a radio career. He loves sports radio and being around other athletes and so forth, so he has a lot of goals."

Gimelstob said Roddick has American tennis "so fondly" and he has nothing to apologize for.

"People say he's an underachiever. They're completely wrong." Gimelstob said. "He maximized his potential. He brought it day in and day out. He did so much for charities, incredibly charismatic and very generous and loyal guy."

Gimelstob said Roddick's play throughout his career was marked by his power and unusual moves. He said, "He has a idiosyncratic motion [on his serve]. He has a deep knee bend. He's so strong physically. He's got an enormously strong back. And that was the origin of his power. Very live arm. That was really the foundation of his game. Everything else was built around holding serve. He had a huge forehand.

"Really, he was one of the first guys to develop with the new explosive rackets, and this next generation of players, Federer, Nadal, Djokovic, and Murray, were just too good. When he realized he couldn't compete at the top of his game -- he said it best at his press conference -- he's uncompromising. He's not going to stick around just for the money or to try and buy time in his career. If he couldn't be the best, he'd rather move on to something else that gives him a chance to find enjoyment and fulfillment."