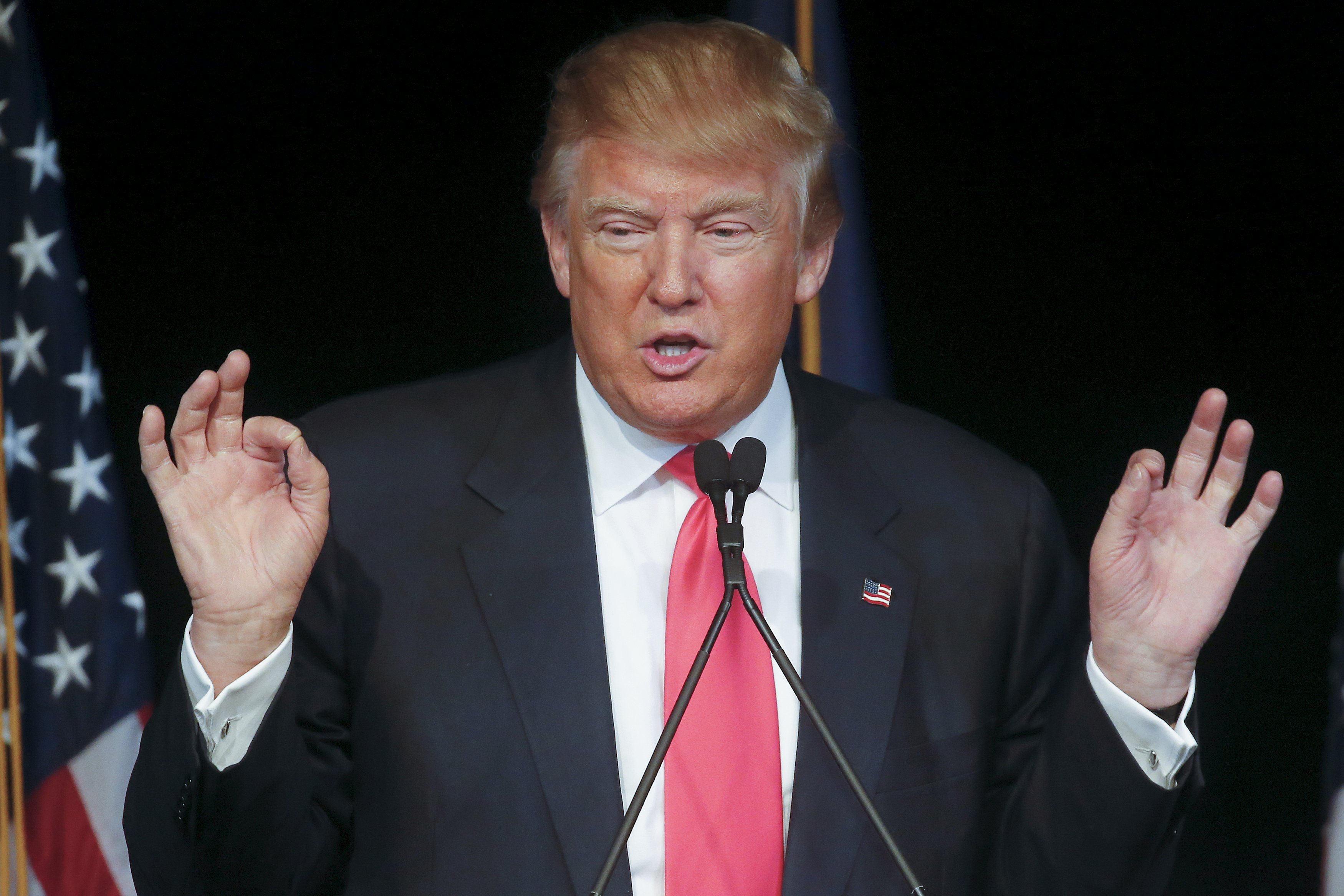 Speaking with a local television station just days before the New Hampshire primary, Republican presidential candidate Donald Trump discussed his views on how gay rights would fit into a Trump presidency.

New England Cable News reporter Sue O'Connell, who identified herself as a lesbian, interviewed Trump on the subject after his Exeter, New Hampshire, rally Thursday.

"We've had some great progress for the gay and lesbian community, through politics, through all sorts of judicial actions and elected actions over the past 20 years," O'Connell said. "When President Trump is in office, can we look for more forward motion on equality for gays and lesbians?"

Trump responded: "Well, you can and look - again, we're going to bring people together. That's your thing, and other people have their thing. We have to bring all people together. And if we don't, we're not gonna have a country anymore. It's gonna be a total mess."

The GOP candidate has wavered on several gay rights issues throughout his presidential campaign.

In June, Trump slammed the Supreme Court for its 2015 decision to legalize same-sex marriage nationwide, even telling Fox News that he would "strongly consider" appointing judges who would overturn the ruling.

But in an NBC News interview last August, Trump also expressed support for barring companies from firing employees on the basis of sexual orientation.

"I don't think it should be a reason" employers can use to terminate workers, he told NBC's "Meet the Press."