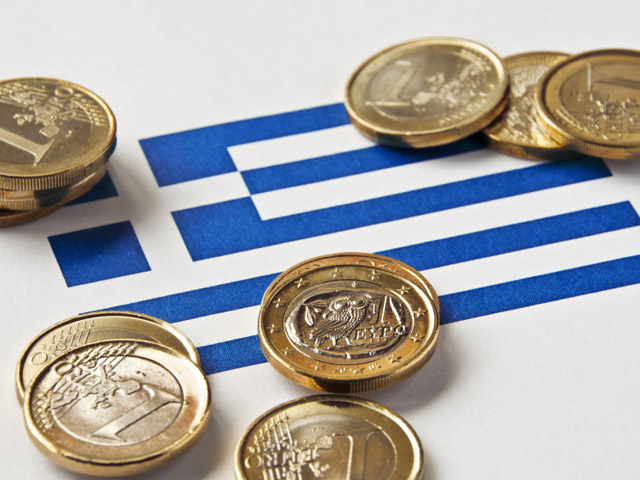 (Money Watch) So what happensif Greece repudiates its debt and leaves the euro? It would have a big impact beyond Greek borders, but no one is sure how big. Inside Greece's borders it could be the best, fastest way to rebuild the nation's economy. Here are some possible outcomes to the situation:

The impact on Greece:

Many experts, including the IMF which has loaned Greece billions of dollars, believe that leaving the euro is in the nation's best interest. The Greeks would go through a very tumultuous period for about two years where its economy would fall farther and faster than it is currently. But when it is over, the economy would probably grow much faster than it would otherwise.

If the Greeks stop using the euro and issue their own currency, it will immediately be worth drastically less than the euro. It is very likely it would be a devaluation of at least 50 percent with some observers thinking 80 percent is possible. All companies and banks with foreign debts denominated in Euros would be unable to pay them and would have to file for bankruptcy. This would lead to an even deeper recession.

The IMF estimates the GDP would shrink by more than 10 percent in the first year. But after a year or two of that the picture gets a lot better and the economy would grow even faster than it would without the devaluation. This is because the devalued currency will make imported goods more expensive - forcing Greeks to buy more domestic products. It will also mean the country's exports will be cheaper and more attractive to foreign buyers as well. This is what happened to Iceland which repudiated its debt and now has a fast growing economy.

New elections after Greek coalition talks crumble
What could push Greece to exit the euro?
Nervous EU OKs bailout Greece payment
Where will Spain get money for bank bailouts?

Also, while Greece wouldn't be a member of the 17-nation monetary union within the European Union, it would be one of 10 nations which are members of the EU but for various reasons do not yet use the Euro. As a member of the EU it is eligible for the assistance any EU country can get when in dire financial straits.

The impact on the rest of the world:

The risk that bankruptcies in Greece would spread to other nations has dropped sharply in the last year-and-a-half. During that period much of the debt has been moved off private sector ledgers as governments have taken over the debt.

Greece was bailed out for the first time in May 2010 by the EU and the IMF. At that time, lenders in other EU nations held $68 billion worth of Greek sovereign debt, according to the Bank for International Settlements. If Greece had defaulted, then lenders would have lost $51 billion at a 25 percent recovery rate. Over the next 15 months, those banks' holdings of Greek bonds fell by $31 billion. This has severely curtailed the possibility of a private sector economic contagion.

So the pain would fall mainly on the governments. It would be a lot -- the Fitch rating agency estimates public sector claims against Greece will top $450 billion this year. Germany's exposure is in the tens of billions of dollars range -- about the German government's net borrowing for 2012.

The other place the impact would be felt is in the bond markets. The highest risk nations -- Spain, Italy, Portugal and Ireland -- are already seeing their borrowing costs increase. If Greece does repudiate its debt, investors will become even more skittish and demand more money to lend to these nations. That in turn could cause a public sector economic contagion much greater than if it had just hit the private sector.

Editor's note: After this post was published, Athens announced that efforts to form a coalition government collapsed and that new elections will be held in June.