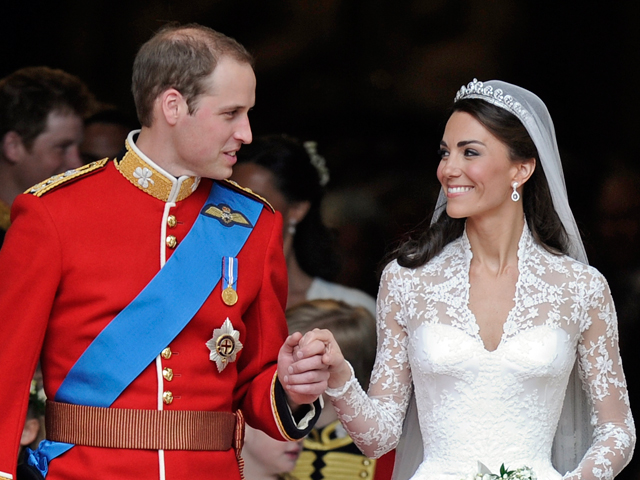 (CBS) It's been a big year for celebrity weddings, with everyone from Prince William and Kate to Kim Kardashian saying "I do."

But whose nuptials took the (wedding) cake? TLC has rounded up the contenders and will count them down on "Top Celebrity Weddings of 2011."

The special, hosted by Randy Fenoli of "Say Yes to the Dress," will include footage from star nuptials including LeAnn Rimes' wedding to Eddie Cibrian, Nick Lachey and Vanessa Minillo tying the knot and Kardashian's lavish ceremony.

"These weddings were showcased because they were the most intriguing weddings of the year," Fenoli told CBSNews.com. "They were filled with love, romance, fantasy, drama and even a few surprises."

The royal wedding, which Fenoli called "the ultimate fairy tale wedding," will also be featured in the special.

"Kate was pure perfection. She thought about every detail and you could feel her love for William in everything she did," he added. "Her gown was elegant and dramatic without being over the top. I loved covering the ceremony. It was a memory that I will cherish forever."

The show will feature commentary from celebrities, wedding experts and other entertainment personalities, including "The View" co-host Sherri Shepherd (who also got married this year), Elle magazine creative director Joe Zee and wedding planner Sharon Sacks.