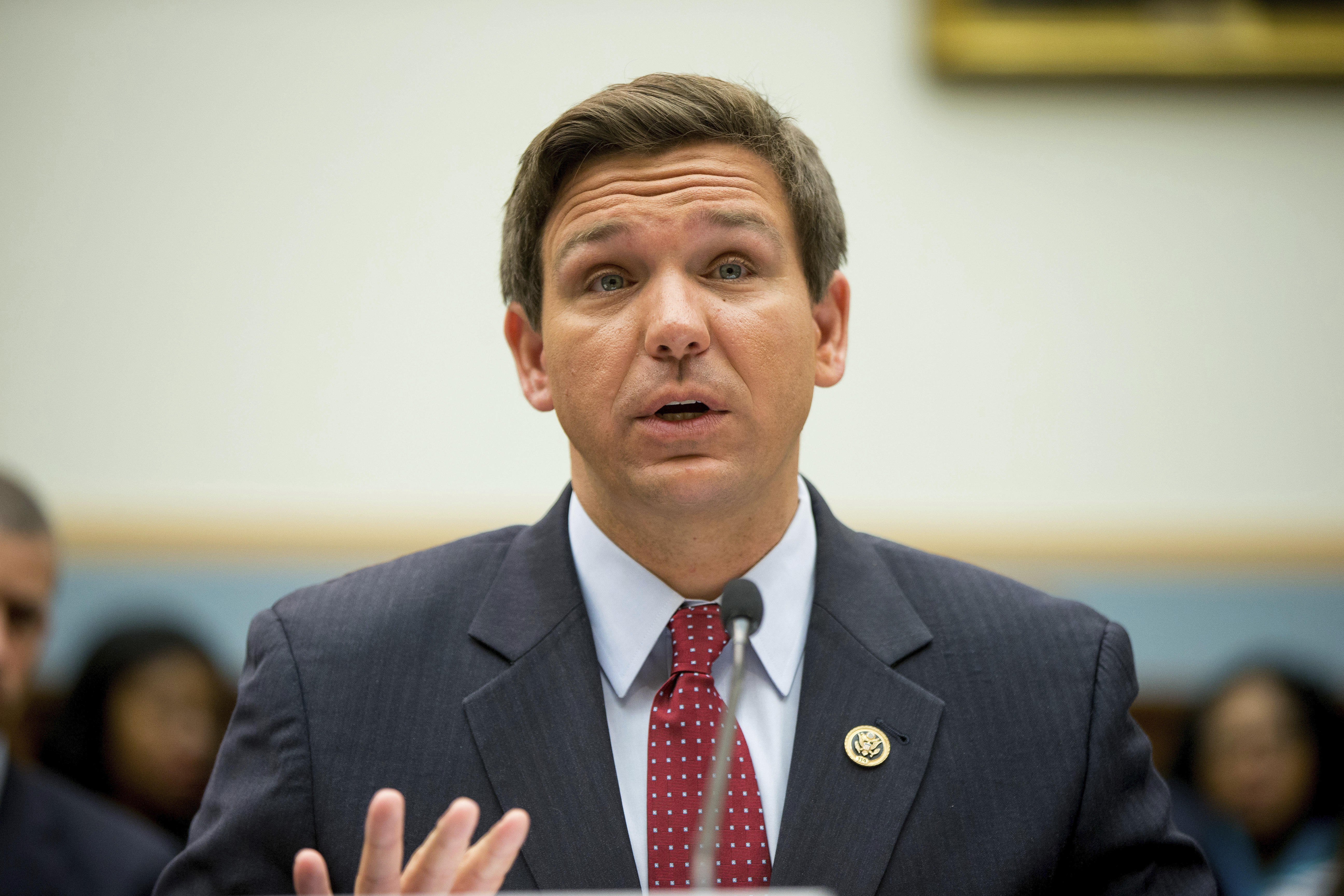 There are three things GOP gubernatorial candidate Ron DeSantis wants Floridians to know about him and his political brand, and they're prominently placed on his campaign website:  "Iraq Veteran. #1 Conservative in FL. Endorsed by President Trump." The president, in fact, tweeted his endorsement of DeSantis months ago, in late December, the month before DeSantis officially declared his candidacy.

Mr. Trump will also be lending his support in person, appearing at a rally for DeSantis on Tuesday night.  DeSantis, who is running in a primary against Florida agricultural commissioner Adam Putnam, was elected to Congress in 2012. His conservative ideology and enthusiastic support for the president has made him a darling of the right. Here are some things to know about DeSantis.

A graduate of Yale University and Harvard Law School, DeSantis received a commission as a JAG officer for the U.S. Navy while still in law school, and later served in Iraq and Guantanamo Bay. He has received numerous military honors, including the Bronze Star. DeSantis later worked as a federal prosecutor in Florida, and he still serves as a Navy reservist.

DeSantis was elected to Congress in 2012, after snagging the endorsements of conservative groups like Club for Growth and FreedomWorks.

A member of the House Freedom Caucus, DeSantis quickly established himself as one of the most conservative representatives from Florida. He ran for Marco Rubio's senate seat in 2016, while Rubio was launching his own bid for the White House. After ending his presidential candidacy during the primaries, Rubio announced that he would seek re-election to the Senate. DeSantis then ended his Senate campaign to run for re-election for his congressional seat.

DeSantis was not initially an enthusiastic supporter of presidential candidate Trump. In May 2016, DeSantis said in a statement that "if we want to defeat Hillary Clinton and have a chance to change the trajectory of our country, we need to unite behind the Republican ticket this November."

However, DeSantis has grown to be one of the president's most prominent backers. According to an analysis by FiveThirtyEight, he has voted with the president 94 percent of the time. On the rare occasion that he does not vote in line with Trump's policies, he nonetheless bolsters his conservative credentials. He voted against an omnibus spending bill earlier this year, which would have shut down the government if it failed.

DeSantis is a frequent guest on Fox News, Mr. Trump's preferred news source, and he has been endorsed by Fox hosts Sean Hannity and Laura Ingraham, who are also both Trump supporters. He has firmly stood by the president throughout the investigation by special counsel Robert Mueller, even proposing an amendment to the 2018 spending bill that would defund Mueller's investigation in 2017. DeSantis has repeatedly called for the investigation to end, and has floated impeaching Deputy Attorney General Rod Rosenstein. In a June congressional hearing, DeSantis grilled Rosenstein about the investigation into the 2016 election.

DeSantis made waves with a campaign ad released this week which displays his devotion to the president. In the ad, he helps his daughter build a wall out of playing blocks, and reads his son "The Art of the Deal."

DeSantis' loyalty has been repaid by the Trump family. Donald Trump Jr. rallied for DeSantis earlier in July. "Why am I here in 2,000 percent humidity? It's because Ron DeSantis was there from Day 1," Trump, Jr. said.

Mr. Trump again tweeted his support for DeSantis on Tuesday.