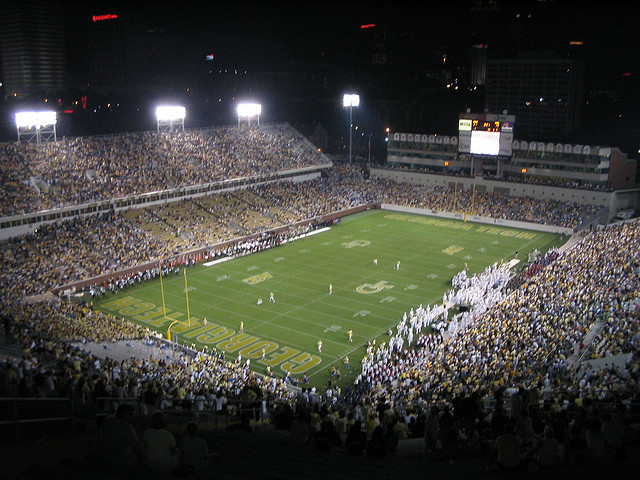 COMMENTARY The NFL is the most successful sports league in America, with no comparable organization coming close to its economic power. But its success hasn't come about through a rigid adherence to the status quo. Rather, it has weathered a volatile and competitive market through a number of adroit and subtle changes. That ability to adjust to market conditions, without losing identity, loyalty or purpose, is what all leaders strive for. So what might business learn from the NFL's success?

This is one of the themes of Roger Martin's excellent book, Fixing the Game. One of the few business school leaders to confront the disgrace of business leadership through the economic crisis, Martin is also a big football fan, and draws provocative lessons from his enthusiasm for the sport:

1. Business, says Martin, serves two markets: the real market (customers) and the expectations market (Wall Street). Many leaders get very confused about which market matters more. The NFL serves two markets, too: fans (the real market) and gamblers betting on the outcome of games (the expectations market.) The point spread in football is like the stock price of a company. But the NFL does not get confused about which comes first, understanding that without the passionate commitment of fans and audiences, the game's up.

2. In 1962, when it looked like players were betting on games, Commissioner Pete Rozelle's response was swift and unequivocal, imposing suspensions, fines and creating NFL Security to eradicate gambling by players. Why? He understood that confusion between the two games -- or markets -- threatened to kill the game altogether. We've seen little action either on Wall Street or in Washington that's been equally determined to focus on customers instead of shareholders.

3. The NFL has continuously tweaked the rules of the game to serve the real market, not the expectations market. Salary caps, free-agency compensation and revenue sharing all represent forms of adjustment adopted to keep the game engaging for its fans. That every team can be a winner is what makes the game exciting. Where in the business community have we seen the same willingness to address similar issues, such as executive compensation and board governance?

4. Both football and business are about competition. But the NFL has been prepared to change the rules of the game in order to make competition more fair and keep the game compelling. Yet any time business regulation is mooted, companies hurl millions of dollars and thousands of lobbyists into Washington to stop it.

Most of the business leaders I know are dedicated football fans, but I wonder how often they consider the lessons they might learn from watching the game?