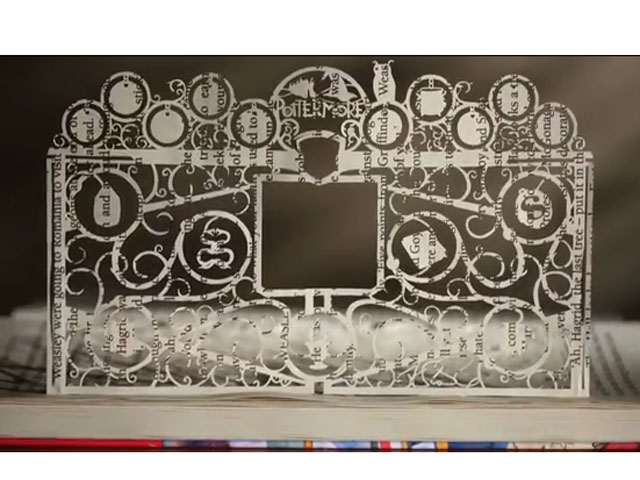 (CBS) - J.K. Rowling kept us in suspense for a week after mentioning her upcoming site Pottermore. Today as the Harry Potter creator revealed more details about her online venture, it only uncovered more questions from fans who are anticipating the release as if it's a new book of the insanely popular series - but it's not.

So what is Pottermore?

What do we know?

- Pottermore is a free online experience where you can "explore the Harry Potter books like never before," says Rowling.

- It is not the eighth volume of the Harry Potter saga.

- The site will offer Harry Potter books in digital form, as well extensive, new material about the characters in the series.

- Rowling had written around 18,000 words for the website (and there's more to come) about characters, places and objects.

- Other retailers won't be able to sell Harry Potter ebooks - sorry, Amazon! But, the books downloaded from Pottermore will be compatible with ebook devices, like the Amazon Kindle.

- The site officially opens to everyone in October, but you can come back to the site on July 31 (Harry's birthday) to find out how you can get a chance to enter the Pottermore world early.

What don't we know?

- What does Rowling mean when she said you can come up with a "magic username" on Pottermore?

- How much revenue is Rowling expecting from the upcoming venture?

- Will alternate endings be proposed to readers on the site? (And, wouldn't that be kind of cool?!)

Fans at Mugglenet.com are left confused. When they posted the press release about the Pottermore launch, a member said, "I'm disappointed (sic) that we have to wait so long! And I still don't understand exactly what it will mean."

Some tweeters are super-excited and want critics to ease up - at least until the site actually launches. "What did you expect J.K. Rowling to announce, that Hogwarts is real? Give Pottermore a chance before deciding that you hate it," @HarryPotterish said.

You can now follow Pottermore on Twitter for updates! Last we checked, users are unable to submit their email addresses to be notified regarding updates. "Please be patient with us and try again in a few minutes," Pottermore tweeted earlier today.