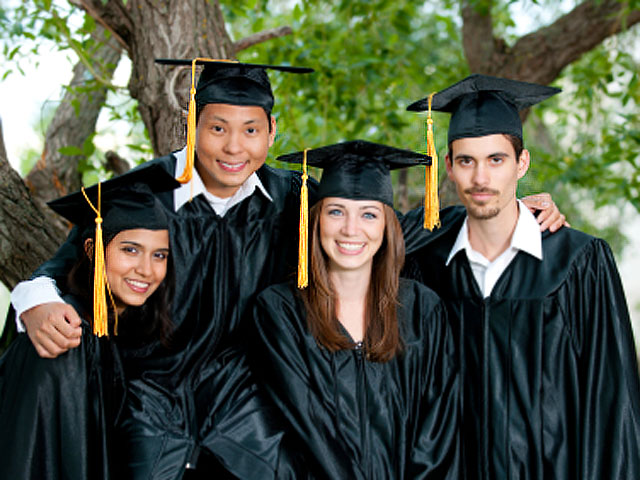 If you spent or borrowed lots of money to go to a top-name college because it would give you a leg up in the job market, America's hiring managers have some bad news for you. Nearly two-thirds say it doesn't matter where a job candidate went to college.

A new survey from Millennial Branding and Beyond.com surveyed 281 hiring managers at companies of all sizes as well as 3,000 job seekers of all ages to see how well the two groups' understanding of what it takes to get a job match up. For those still in college or just graduating, the answer is "not very well."

And the three things those 20 and under believed the most important:

While cultural fit isn't necessarily something that can be prepared for, it is telling that relevant course work came in fifth on the students' list. The students' No. 2, GPA, was dead last on the hiring managers' list with only 1.79 percent thinking it was important.

Knowing technology is also far less important for new graduates than they might think. Here are the top skills hiring managers are looking for in a recent college graduate (listed in order of importance)

Communication skills and strategic and analytic thinking are key parts of a liberal arts degree, so you'd think those majors would be doing well in the work force. Unfortunately, despite these needs, liberal arts majors are the least likely to land a job. Only 2 percent of companies say they're actively recruiting those graduates, compared to 27 percent for engineering and computer information systems graduates and 18 percent for business grads. Lots of job seekers seem to know this: 49 percent of all generations believe there are "no jobs" out there for those with a liberal arts degree.

And although hiring managers put a lot of weight on having had an internship -- 58 percent said students should have at least two -- don't expect to get a job where you had your internship. Nearly half of hiring managers said they don't hire interns for full-time positions. And while 37.5 percent said they do, it's fairly rare, happening for less than 16 percent of their interns.

Other results from the study: