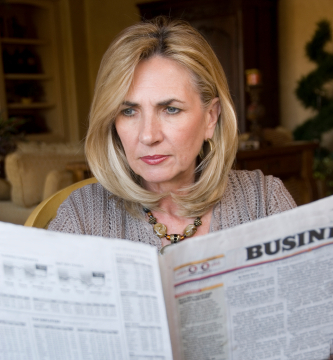 One objection people give to purchasing an annuity is the possibility that your insurance company might fail. The well-publicized failure of many banks during the recent downturn has only exacerbated people's fear of insurance company bankruptcy. Is this fear something that should prevent you from buying an annuity? Probably not, but you'll want to pay attention to the details. Let's take a look.

Figuring your spouse into a key annuity equation

If your insurance company should fail, your policy is usually protected by the GA in your state of residence, even if you bought the policy while living in another state. In some cases, the protection may be provided by the state where the insurance company had its headquarters.

As with FDIC insurance, there's a limit to the amount of insurance protection offered by a GA. This limit varies by state and depends on the type of insurance you have. For example, common insurance limits are $300,000 for life insurance death benefits, $100,000 for cash surrender values of life insurance policies, and $100,000 or $250,000 for annuity contracts. You can learn more about the terms that apply in your state of residence at the website of the National Organization of Life & Health Insurance Guaranty Associations (NOLHGA). This website also contains a link to each state's guaranty association.

Although bank failures have caused a lot of concern about the stability of all financial institutions, it's important to recognize there are critical differences between failures of banks and insurance companies. Here are some key differences:

-- It's hard to start a "run on an insurance company" like a "run on a bank." While you can always withdraw the money from your bank accounts, you would have to die for life insurance benefits to be paid, and with immediate annuities, you'd have to wait each month to receive your check. Unlike with a bank, there's generally a longer timeframe in which to address financial problems at insurance companies.

-- Insurance companies usually aren't as leveraged as banks, so when they fail, their liabilities might be only 10 to 20 percent higher than their assets. A bank's liabilities, on the other hand, can be far higher than its assets.

What should you do?

There are two steps you can take to protect yourself from insurance company failures. First, learn about the limits of your state's guaranty association, and then keep your annuity purchases below this limit. To do this, you may need to buy annuities from more than one insurance company.

Second, only buy annuities from the top-rated insurance companies. You can view an insurance company's rating if you use an online annuity bidding service, such as Vanguard's Annuity Access program or ImmediateAnnuities.com

There can be other objections to buying an annuity -- primarily the fact that with many immediate annuities, your purchases is irrevocable and you can't ever access your original investment. This objection can be minimized by annuitizing just a part of your retirement savings, so you have other assets that you can access.

The bottom line is, if you do some homework, you can minimize your exposure to the potential bankruptcy of your insurance company. Don't let the fear of insurance company failure hold you back from generating a secure, lifetime retirement income.