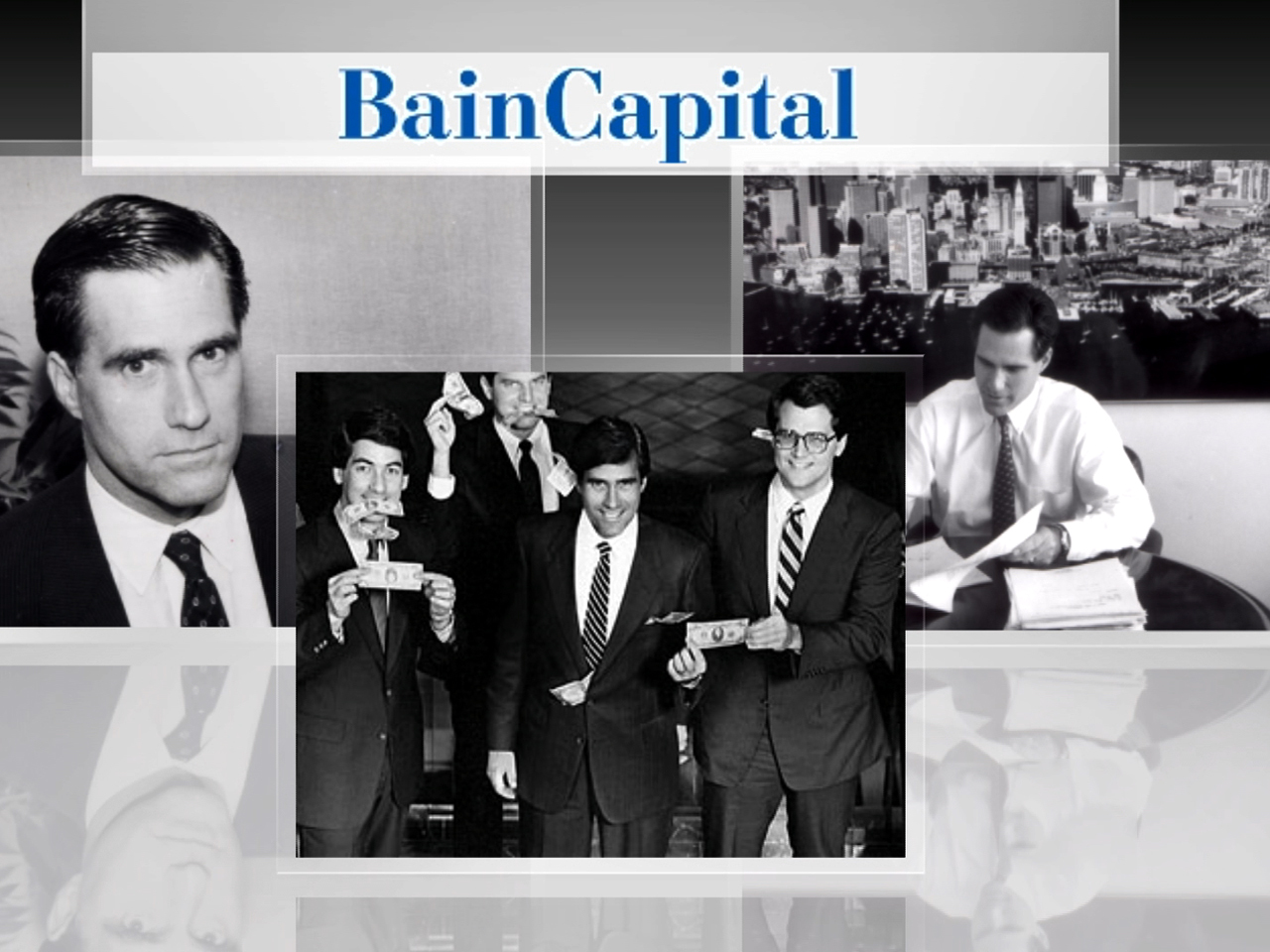 Republican presidential candidate Mitt Romney paid about $3 million dollars in federal income taxes in 2010 on income of $21.7 million. He gave nearly $3 million to charitable causes, about half of which went to the Mormon Church, reducing his effective tax rate to about 14 percent. Romney made his fortune at private-equity firm Bain Capital -- here's a quick explanation of what private-equity companies do.

What is private-equity? Private-equity firms ("PE") are formed by investors who want to directly invest in other companies, rather than buying stock. They usually buy the whole company. Investors in private equity funds include some of the nation's largest pension funds and endowments, as well as individual wealthy investors.

How does private-equity make money? PE funds use investor capital to buy and enhance the value of companies, which can involve both increasing the company's growth and cutting costs. The goal is for the private-equity fund and its investors make money when a target company is sold. If the company stumbles, the private-equity fund and its investors will lose money. PE often uses some of its own money and some borrowed money to make the purchase. The borrowed money is referred to as leverage, and it magnifies the return on the upside, or the loss on the downside. It is customary for PE firms to leverage 60 to 70 percent of the purchase price, similar in the way that most U.S. homeowners buy a home with a mortgage.

Does  private-equity create jobs or destroy them? A team of researchers led by Steven J. Davis, of the Booth School of Business at the University of Chicago, released a paper last year that broke down PE's record on jobs. Although private-equity investments do often lead to big layoffs, they also often lead to a lot of new jobs. The losses tend to be much worse at companies in the services or retail industries.

Is there something about  private-equity pay that's illegal? It's all perfectly legal, but the recent trend in PE compensation is one which includes "special dividends." This is where the ethical scrutiny of PE is at issue. After already borrowing money to buy the company, many PE funds encourage the companies to borrow even more, and then use that money to pay themselves. As James Surowiecki in the New Yorker notes, "Before 2000, big special dividends were not that common. But between 2003 and 2007 private-equity funds took more than $70 billion out of their companies. These dividends created no economic value -- they just redistributed money from the company to the private-equity investors."

What's with the special tax treatment for private-equity? The IRS has carved out a special dispensation for many hedge fund and private equity executives, which allows them to pay a lower income tax rate on their income. Most PE firm profits are taxed as "carried interest," which is taxed at the capital gains rate of 15 percent.

How have  private-equity funds done vs. other investments? The performance of private-equity funds has been very strong, especially over the past 20 years. Steven Kaplan, a professor at the University of Chicago Booth School of Business, told the Washington Post that "On average, each dollar invested in one has returned 27 percent more than that same dollar would have earned in the S&P 500 or other public-equity fund."