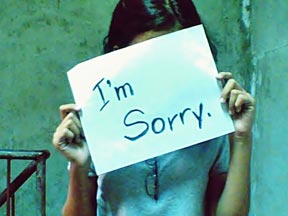 I know I have.

A prepress technician once made what turned out to be a $120,000 error by leaving a small piece of tape on film before plates were exposed. As a result, two words were missing in thousands of books.

Other people in downstream processes should also have caught the mistake, but ultimately he was responsible. In every other regard he was an outstanding employee with a 20-year record of outstanding performance. Still, whenever I saw him I not only thought about that mistake, but I can't say it never affected the way I treated him.

I like to think it didn't, but I can't be certain.

At the risk of hyperbole, that's potentially tragic. He, like every employee, was a sum of his parts. He made a major mistake but was also one of the hardest-working and most productive employees in the facility. Does one mistake forever tarnish his record? Does one mistake turn him into a sub-par employee?

Those are tough questions to answer -- questions that can be argued intelligently from either point of view. His error cost more than our spoilage budget for the entire year. It also created a major issue with one of our biggest customers, partly because the need for re-work impacted their ability to get books to bookstores on time but also because the author (an quintessential 800-pound gorilla) heard about the mistake and threatened to sign with another publisher once his contract was up. At the same time it was just one error in a job where the potential for mistakes was extremely high.

Did one major mistake turn a previously outstanding employee into a poor performer whose work should always be in question? I don't know.

What I do know is when I looked at that employee through just one lens I missed the rest of him.

Did that mistake make him an overall outstanding employee with one blemish on a superb record or an employee that should not be considered for promotions and other opportunities?

Maybe neither. Probably both.

Employees are, first and foremost, people. Do your best to always treat them that way, even -- maybe especially -- when things go terribly wrong.