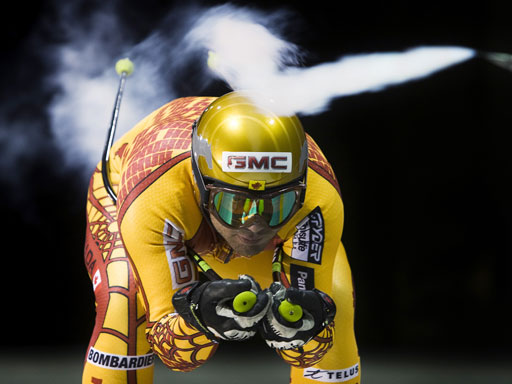 
Four years after a recount and court battle decided the race for president, fears of a repeat shadow Election Day 2004.

To some extent, the people worrying are once bitten, twice shy. Having seen the most controversial election in modern U.S. history up close, they now know there is no guarantee that any vote will go smoothly.

The fears, however, go beyond mere memories of what happened last time. A host of potential targets of litigation have emerged as the vote approaches.

Some potential flaws exposed in 2000 have not been totally repaired, like overseas absentee ballots and antiquated punch-card systems.

This is Part I in a three-part series examining potential problems on Election Day and beyond. Part II focuses on registration fraud and voting rights. Part III looks at how the campaigns and others are gearing up for possible legal battles.
Meanwhile, some of the reforms introduced after the 2000 debacle — like touchscreen voting — are now seen as potential trouble spots.

New computerized voting systems are the target not just of lawsuits. There are also fears that the vote could be rigged by people making or running the machines. The head of one of the companies that makes touchscreen devices, Diebold's Wally Odell, touched off controversy when he wrote last year in a GOP fund-raising letter: "I am committed to helping Ohio deliver its electoral votes to the president."

O'Dell has called that letter "a mistake" and forsworn political activity. The companies that make the devices dismiss the concerns that their products will lead to another controversial count on Election Day.

"What we have seen is a chorus of critics who have for whatever reason done much to try to sensationalize this issue and certainly I think that's going to be reversed by the performance of this technology on Nov. 2," said Bob Cohen, spokesman for a group of voting machine makers.

Whether on touchscreen devices or old-fashioned lever machines, the 2004 election faces a steeper hurdle than votes in the past because of what happened last time around.

The crisis in Florida four years ago was at its heart the apparent loss of thousands of votes — people whose ballots were discounted either because they were judged to have voted for multiple candidates for president, or for none of them. The U.S. Civil Rights Commission claims that 180,000 ballots were "spoiled" this way in 2000 and estimates 54 percent of them were cast by African Americans.

Some doubt those figures, noting that it is possible some voters intended to leave their ballot blank.

But few denied there were massive problems in the last presidential race. That led Congress to offered states about $3 billion to replace outdated technology with more reliable voting systems.

The law spurred states to look to new voting technology, especially touchscreen voting systems. Questions about the integrity of those devices soon arose.

Fittingly, it is in Florida that some of them have come to a head. On Nov. 2, touchscreen devices will be used in 15 Sunshine state counties. Critics contend those machines will produce more errors than other devices that use optical scanners to check paper ballots.

"We're going to be losing, due to ill-considered computerization of votes in 15 counties in Florida, an additional 27,000 votes … mostly in Democratic areas, especially in minority areas," contends investigative journalist Greg Palast.

Already this year, skeptics have battled Florida election officials in court over whether touchscreen machines can be involved in manual recounts; a judge has ruled against election officials and mandated that recounts cover the machines.

There have also been legal skirmishes over whether touchscreen devices should produce paper receipts, as Nevada's machines will this Nov. 2, and California's devices must by 2006.

Opponents of paper receipts contend they are unnecessary and might not work. People who advocate their use, like Rep. Rush Holt, D-N.J., claim "there have already been several examples of computer error in elections."

One such election was the 2002 Florida primary. It took longer than expected to boot-up touchscreen devices manufactured by Election Systems & Software. A report by the Miami Dade's inspector general blamed both poor performance by election staffers and flaws in the ES&S technology.

Lida Rodriguez-Taseff, chairman of an election reform group in the county, said the problems cost votes.

"Some polling places didn't open for many, many hours and people waited in line and there were no backup or substitute ballots to be used in the case of machine malfunction, so many, many people were turned away," she said.

In November 2002, Broward County officials admitted that software glitches had caused a failure to report 100,000 votes from turnout figures, but claimed it did not affect actual votes in races.

Florida Secretary of State Glenda Hood's office says the state's voting system "worked flawlessly" in 2002. But only this summer, Hood's office announced that it was certifying a fix to an anomaly that had shown up in Miami-Dade voting machines in 2003.

The glitch "was rare and all votes were counted," the office said. Other difficulties cropped up when early voting began in Florida this year.

Problems have also occurred outside of Florida. Last November, computer voting machines in Boone County, Ind. somehow recorded 144,000 votes cast in a country where only 19,000 registered voters live. When corrected, it turned out a mere 5,352 ballots had actually been cast.

While the snafus seen so far apparently involve only random errors, critics worry about deliberate manipulation of voting systems.

A study by researchers from Johns Hopkins and Rice universities of a popular voting system manufactured by Diebold found it "far below even the most minimal security standards applicable in other contexts."

Diebold fired back that the problems "could not occur within an actual election process due to the checks and balances within the actual equipment and those found in accepted election procedures."

ES&S also defends its technology, saying in statements on its Web site that it has "successfully supported over 30,000 elections worldwide during the past decade" and that in the March 2004 presidential primary in Florida, "no major problems were reported" with the 5,000 machines it operated in Broward County.

But a survey by the South Florida Sun-Sentinel found that in that March vote, the percentage of votes not recorded by touchcreen machines (made by both ES&S and Sequoia Voting Systems) was eight times higher than when paper ballots were used with optical scanners. In other studies, estimates of the undervote rate on different voting machines vary.

Backers of computer voting systems say the reliability of the people running the machines is crucial.

"We're not saying that the technology is perfect, but we are saying that most often it's a case where things that happen really don't involve the performance of the voting machine itself," Cohen said.

Nonetheless, concerns about touchcreen devices have led at least two states to alter plans to introduce them. Ohio has banned any new machines, and California has blocked four counties from using Diebold devices. Eleven other California counties will use e-voting on Election Day.

For all the worry that touchscreen devices are untested, older systems with spotty track records are also going to be in use on Election Day.

Jurisdictions in about 20 states have retained punch-card voting systems similar to the type that triggered the 2000 recount, meaning a battle over "chads" again fuel post-election controversy.

And if punch cards are a lingering threat, so are overseas votes, another source of controversy four years ago.

The Pentagon recently blocked people from some countries from accessing a Web site for Internet voting by Americans overseas. The Defense Department cited worries about hacking, but after complaints it restored most Web access to the site.

Democratic Reps. Henry Waxman of California and Carolyn Maloney of New York have asked the General Accounting Office to investigate those moves, as well as complaints that Americans overseas have had a hard time obtaining absentee ballots.
By Jarrett Murphy