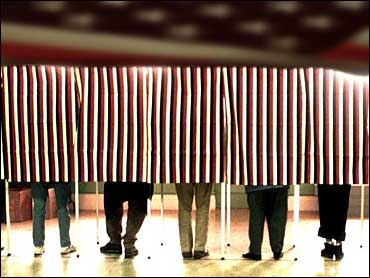 
A surge in registration in several states and the expected high turnout for Election Day 2004 are stirring worries about polling problems and setting up possible court challenges across the country.