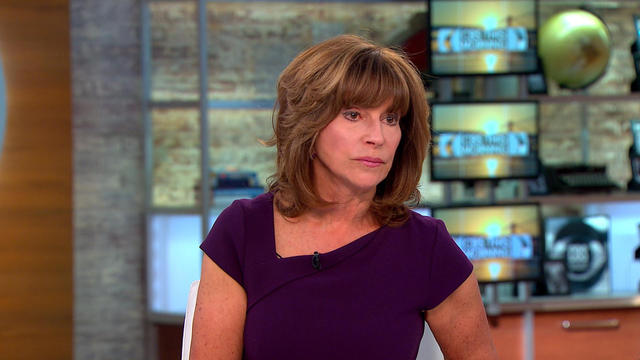 A former assistant to Harvey Weinstein at Miramax is breaking her non-disclosure agreement and going public with her account of his alleged sexual harassment. Zelda Perkins told the Financial Times that when she worked for Weinstein in the 1990s, he requested a massage while in his underwear. She also claims he asked her to be in the room while he took a bath, and often tried to pull her into bed when she came in to wake him up.

Perkins and a colleague split a settlement with Miramax of about $425,000 and signed a non-disclosure agreement in 1998. Miramax is not commenting and says the current owner of the studio, Disney, was not involved in the company at the time. Weinstein has denied all allegations of non-consensual sex.

Numerous other women who reached settlements over the years were also bound by such agreements to stay silent about what happened.

"I want to publicly break my non-disclosure agreement," Perkins told the FT. "Unless somebody does this there won't be a debate about how egregious these agreements are and the amount of duress that victims are put under."

CBS News legal analyst Rikki Klieman joined "CBS This Morning" to discuss the rights of those who have signed NDAs and the implications of Perkins breaking her agreement with Miramax. She also weighed in on the reported $32 million settlement paid to former Fox News legal analyst Lis Wiehl over allegations of sexual harassment by Bill O'Reilly.

Klieman differentiated between the two types of non-disclosure agreements. One, the kind that many people sign with employers, aims to prevent an employee from disparaging a company or giving away trade secrets. The other, related to alleged sexual misconduct, is the kind in question with Perkins and Weinstein.

"What happens in those is two people, the perpetrator and the victim, agree to a contract. And what they say is the woman – we'll use woman for sake of the consideration – the woman gets the money but she must remain quiet. She must never say anything. And the company may or may not have to disclose that agreement and the perpetrator or the company pays the money. Now, what happens to Zelda Perkins? If you violate a confidentiality agreement, you've broken a contract. So, you might have to pay the money back and there might be clauses where you have to pay damages," Klieman explained.

Klieman, who prosecuted sex crimes and also defended suspects accused of sexual harassment and assault, said that victims still maintain certain rights when a confidentiality agreement has been signed.

Klieman also said that a victim is protected if they go to the police before signing an NDA.

While some have blamed NDAs a simply a means to cover up a crime with money, Klieman said that an NDA is not meant to halt the prosecution of a crime.

"Well, you cannot be paid to cover up a crime. So, these become very touchy negotiations if it's sexual assault. You cannot be a lawyer and advise someone that take the money and don't go forward and prosecute. That's a crime," she explained.

The parent company of Fox News says it knew about a settlement over sexual harassment allegations against Bill O'Reilly by former Fox News legal analyst Lis Wiehl before the company extended his contract in February. In response to a New York Times story, 21st Century Fox acknowledged it knew of the settlement but not the reported amount paid — $32 million.

Klieman said the large payout is not just "unusual," it "takes my breath away." She said the amount suggests they must have feared something, but that all physical evidence including documents, texts and voicemails are supposed to have been destroyed.