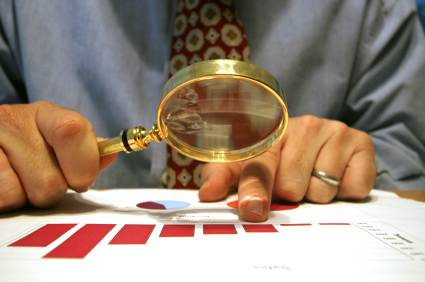 (MoneyWatch) In my first postin a series this week on the efficacy of online retirement calculators, I showed how widely these tools can range in the savings they recommend  -- from 9 percent of a person's pay to almost 70 percent. This makes it hard for people to understand how much they need to save for retirement.

In this post I'll dig deeper into the calculators I tested, which are sponsored by AARP, CNNMoney, the Financial Industry Regulatory Authority (FINRA), MSNMoney, Schwab, SmartMoney and T. Rowe Price. (You'll want to read my previous post for background on this post, if you haven't already.)

This calculator was very easy to use and only asked questions that were possible for a layperson to answer without having to do too much research. It provided helpful explanations for each question, and at the end of each page it summarized the answers that I provided.

After processing the information that I had input for a hypothetical 65-year-old couple, AARP's calculator told me that this couple would most likely develop a retirement shortfall and would need to adjust their lifestyle and spend less by age 77. If the couple wanted to retire at age 65 and continue their desired lifestyle until age 95, they would need to save 17.4 percent of their pay, almost twice as much as they're currently saving, which is $9,000. If they continue saving just the current amount, they can afford to retire at age 73.

This calculator wouldn't display the results on my iMac, so I had to use an older PC, which kept crashing after I input some of my answers, making the process pretty frustrating to complete. I persisted and eventually got some results.

The calculator asked questions that could be difficult for the average user to estimate with any reliability, such as expected annual salary raises and current marginal income tax rates. It also asked me how the couple's 401(k) assets were invested and made it easy for me to click on seven different sample asset allocations.

It then told me that the couple would need to have accumulated $925,737 by 2032; with inflation, that amounted to $1,671,984. The couple would also need to achieve an annual rate of return of 11.35 percent to reach these targets, and there was an 18 percent chance of that happening.

In addition, the calculations indicated that if the couple wanted to boost their odds of success to 90 percent, they'd need to save an additional $20,705 each year, for a total of $29,705, representing about 30 percent of their gross household income.

It wasn't easy to make changes to the inputs to see how I could affect the results. I basically had to go back and rerun the entire process. It took me about 15 minutes to run the calculator and understand the results; it would most likely take a layperson much longer.

This calculator asked me for information that would be difficult for an average person to provide, including the current and future tax rate, expected earnings on savings (I used 6 percent), and expected inflation rate (I used 3 percent). Also, I needed to input my own estimates of Social Security income. It didn't ask me about my spouse's savings or salary, so I made the appropriate adjustments.

Like the FINRA calculator, this calculator also asked for the expected return on retirement savings and the expected inflation rate. It defaulted the expected return on savings to an annual rate of 8 percent; I think this is too high, so I input 6 percent. It told me that the couple would only have enough savings to last until age 77 and that they would need to save an additional $13,941 per year, for a total of $22,941, considering their current savings amount. This equals 22.9 percent of the couple's pay, more than two times the amount they're currently saving. When I increased the rate of return assumption to 7 percent per year, the required total savings was $16,373, or 16.7 percent of the couple's pay.

This calculator was easy to use and asked questions that most people would be able to answer. It indicated that at their current savings rate, the couple would accumulate $656,800 by age 65, but that they'd need an additional $2,618,900 to reach their retirement goals. It also told me they could achieve their goals by making some pretty drastic adjustments: waiting until age 82 to retire, increasing their retirement contributions to $69,600 (almost 70 percent of their annual pay!), or reducing their retirement spending to $17,200 per year (both of these amounts are in today's dollars).

These results are pretty drastic. I ran the calculator twice just to make sure I was using it consistently, but it came up with the same results.

This calculator was easy to use and didn't ask questions that were difficult for people to answer. It told me "Way to go! Based on your retirement plan, you can afford to retire at age 65."

This calculator showed that the couple would have a projected shortfall in retirement income of $2,061 per month and that there would only be an 8 percent chance that their savings would last until age 95. To eliminate the shortfall, the couple would need to add $1,859 to their monthly savings, bringing their total annual savings to $31,308 per year -- 31 percent of their current salary total and more than three times the amount the couple is currently saving.

I liked the AARP calculator because it was easy to use and make adjustments, and it didn't ask questions that are beyond most users' expertise. The resulting required contribution amounts seemed reasonable. This calculator's default life expectancies seem too young, however, so I'd input higher life expectancies for most people.

Can you trust retirement calculators?
How much should Gen X and Y save for retirement?

The MSN Money calculator was easy to operate if you feel comfortable inputting economic assumptions, and the resulting required contributions seem reasonable given the assumptions I used. If you use this calculator, make sure you input a reasonable assumption for your expected return on retirement savings, given the current economic climate.

The rest of the calculators had features that concerned me -- they were either difficult to operate, produced confusing results or produced required contribution amounts that appeared either too low or too high.

Stay tuned for my next post on this topic, which will include tips for selecting and using a retirement calculator. That will help you develop a retirement strategy that works for you.