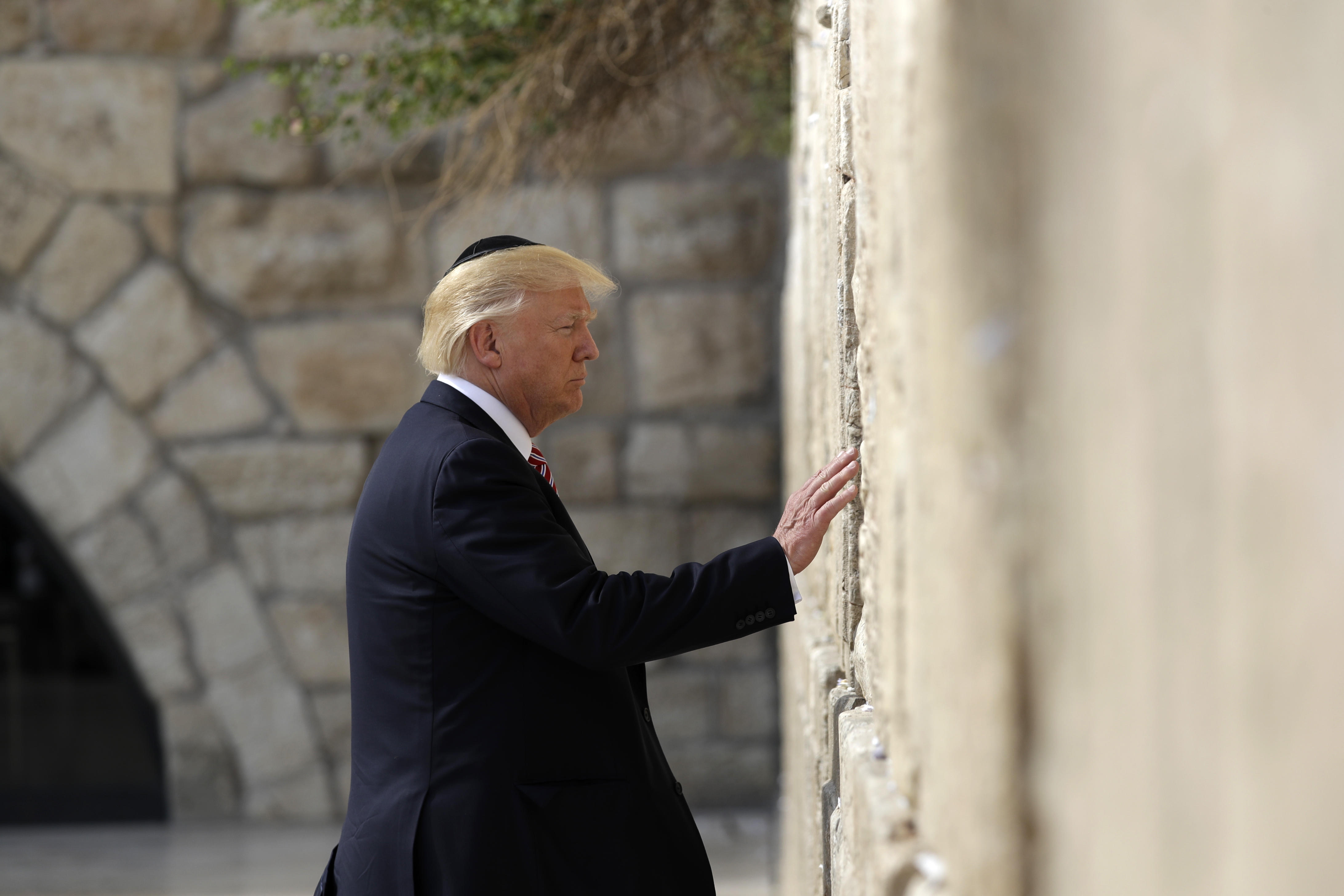 Ahead of the vice president's visit to the Middle East next week, chief Mideast peace negotiator Jason Greenblatt will travel to the region, senior Trump administration officials said Friday on a briefing call for reporters. Greenblatt will stay on to meet with Fernando Gentilini, the European Union representative charged with Mideast peace, and then he'll remain in the region to assist Pence for the duration of the vice president's time there.

Pence will begin his trip in Egypt, which Trump administration officials see as a welcome and important first stop, given the widespread opposition in the Arab, Muslim and Christian world to President Trump's unilateral recognition of Jerusalem, announced earlier this month. Since that announcement, the Trump administration has not had any meetings with Palestinian officials.

"We cannot envision any situation under which the Western Wall would not be a part of Israel," the senior administration official said. Trump administration officials said specific boundaries are subject to final status negotiations, and later, they also added, "We cannot imagine Israel would sign a peace agreement that didn't include the Western Wall." In recent days, National Security Adviser H.R. McMaster and Secretary of State Rex Tillerson have indicated that the administration of the holy sites and the borders of Jerusalem are still subject to negotiation.

The vice president will also make an official visit to the Western Wall.

Kushner, a top White House adviser and the president's son-in-law, leads the team charged with helping to broker Mideast peace, but so far, he has not yet presented any proposal on how to do so. When asked about the timeline for a proposal, a senior administration official referred to it as reporters' "favorite question" and said it was still being formulated. The official declined to provide a deadline for when it would be finalized.

"Any deadline we set we will blow past," the official said, but still promised to make it public once it is formalized.

Palestinian Authority President Abbas cancelled the scheduled meeting with Vice President Pence. The vice president will no longer visit Palestinian territory in the West Bank or the holy city of Bethlehem.

As for the stop in Egypt, Pence will meet with President al Sisi to discuss security issues.

Editor's Note: An earlier version of this story said that Jared Kushner would be traveling to the Mideast, which was not correct.