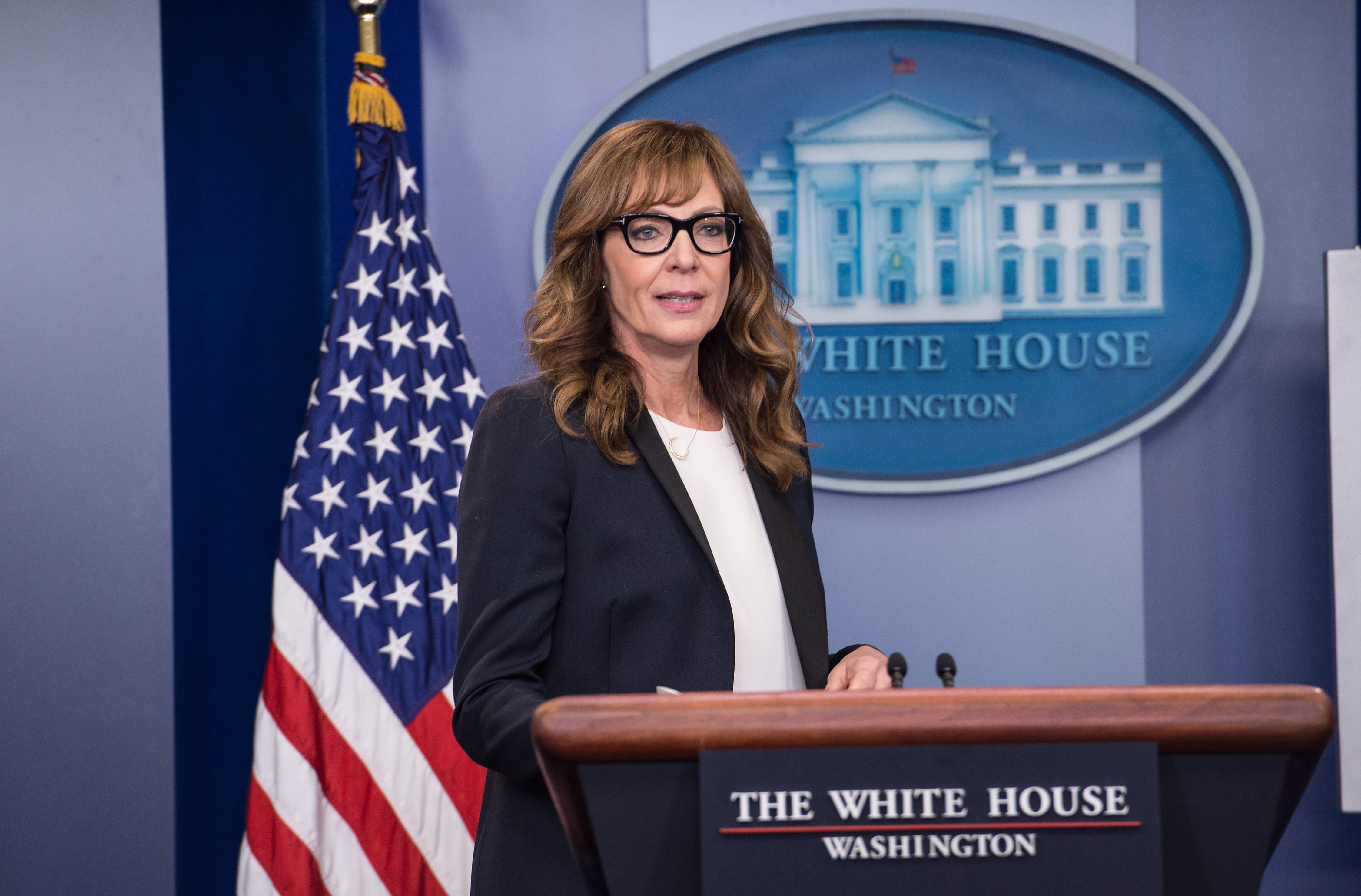 "Josh is out today, he has a -- I believe it's a root canal," Janney began at the press conference. She joked, "Let's be honest, I'm better at this than he is anyway, right? Just between us."

"The president is still working on his jokes," Janney said. "I don't have any details on that other than he intends to be funny -- very funny."

On a more serious note, Janney attended the briefing to highlight the administration's new initiatives on the nation's growing opioid epidemic.

"This is a disease that can touch anybody and all of us can help reduce drug abuse through evidence-based treatment, prevention, and recovery," Janney said. "Research shows it works. And courageous show it works every day."

Last month, the president identified America's addiction to painkillers as an even greater threat than terrorism. Mr. Obama even held an opioid, heroin, and prescription drug abuse summit in Atlanta to discuss the epidemic, which claims the lives of 78 people daily.

Janney, who now stars in the CBS comedy "Mom," addresses issues of recovery, called specific attention to the ten individuals the White House will honor as "champions of change."

The community members will be awarded "for their leadership in preventing prescription drug abuse and heroin use and for increasing access to treatment and for supporting their fellow Americans in recovery."