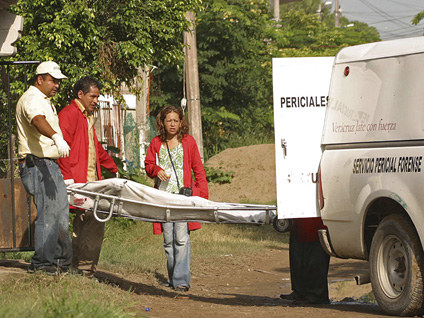 "The numbers are starting to change very, very quickly," said Dr. Julie Gerberding, head of the Centers for Disease Control and Prevention. "That is very concerning."

So far there are more than 153 cases in 16 states, an explosion of the virus in just a week, Gerberding said. Those numbers compare with 112 cases in four states for this date last year.

Last year, there were 4,156 human cases, including 284 deaths. The United States also suffered the biggest reported outbreak of West Nile encephalitis in the world in 2002.

So far, Colorado has by far the biggest outbreak with 111 cases and four deaths. Gerberding said the virus' march westward was expected.

However, "I can't predict what will happen in Colorado, nor can I completely explain why it is happening."

Arizona, along with Utah, Nevada and Oregon, had no signs of the disease in man or animal last year. Even so, 2002 was the largest West Nile outbreak in human history, with more than 4,100 cases.

But it has been slow to spread to the more arid West. Until Colorado's first death a week ago, the virus had never killed anyone west of the Great Plains states of Oklahoma, Nebraska and North Dakota. Now just this week, Colorado has reported three more deaths.

Since West Nile first entered this country through New York in 1999, health officials have tried everything — mosquito spraying and other control efforts, prevention messages and disease detection systems.

Last year, Louisiana had more than 300 cases and 25 deaths from the virus. They did "everything ... according to the book and we had a large epidemic," recalls Dr. Raoult Ratard, state epidemiologist for the Louisiana Department of Health and Hospitals.