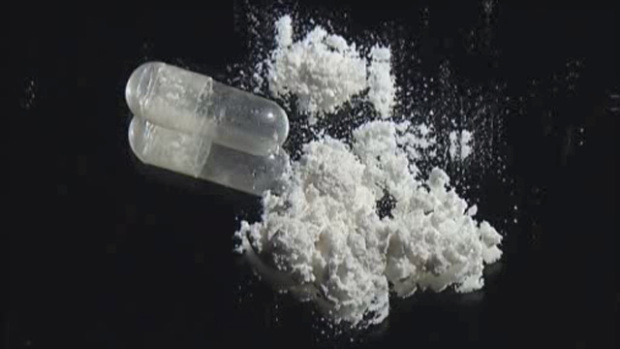 Four students remain hospitalized on Tuesday after an apparent overdose of the drug known as Molly, or MDMA, at a party at Wesleyan University in Middletown, Connecticut, over the weekend. Police told CBS Hartford affiliate WFSB they were investigating whether students got a "bad batch" of the drug.

University president Michael Roth urged students to report whatever they know about where the drugs came from. "If you are aware of people distributing these substances, please let someone know before more people are hurt. You can make a confidential report," he wrote in an all-campus email. "These drugs can be altered in ways that make them all the more toxic. Take a stand to protect your fellow students."

Roth said 10 Wesleyan students and two visitors were hospitalized following the party Saturday night at Eclectic Society House, a co-ed fraternity-style house on campus. Two students listed in critical condition Sunday were airlifted to Hartford Hospital 20 miles away, the Associated Press reported, and two others were taken there by ambulance in serious condition. The rest were treated at Middlesex Hospital in Middletown and released Monday afternoon.

A popular illegal party drug, Molly is described by the National Institute on Drug Abuse as "a refined and more powerful form of Ecstasy (MDMA)," usually taken in pill form, that produces feelings of energy and euphoria, often followed by an emotional crash. It can cause an increase in heart rate and blood pressure, as well as side effects like muscle tension, nausea, blurred vision, faintness, and chills or sweating.

In high doses, the drug can lead to a dangerous or even fatal spike in body temperature. Molly gained notoriety after the deaths of two concert-goers at the Electric Zoo music festival in New York in 2013.

Experts say one of the biggest risks is that the drug is often mixed with unknown substances.

"The bulk of Molly is not pure MDMA, and is adulterated or cut with a variety of other drugs or compounds including bath salts, cocaine, or even black tar heroin," Dr. Robert Glatter, an emergency physician at Lenox Hill Hospital in New York, told CBS News via email. "Much of it comes from China where it's basically a crap shoot as to whether it's safe to use. It's often smuggled into the U.S. and sold as pure Molly."

Mark Neavyn, the director of toxicology of Hartford Hospital, echoed those concerns. "When you label something 'Molly' you could be taking anything," Neavyn said.

Glatter also noted that the effects are unpredictable. "Some people can use Molly repeatedly‎ and never have a problem. Others can use it once and die. It is not a predictable drug, mainly due to the uncertainties of what it is cut with," he said.

No arrests have been made in the case, but WFSB reports police said they have several leads. While the investigation continues, police said any information they obtain about the batch of drugs will help doctors treating the students know what they are dealing with.

Wesleyan University notified parents about the incident, and counselors reached out to the student body on Monday as classes resumed at the elite liberal arts college.

"People are very jarred by it. One of the dangers of that drug in particular is that oftentimes people don't know exactly what's in it," student Zack Kaufman told WFSB.

"I know some of the people that live here and my heart goes out to those affected and it's just not something you want to hear," said another student, Derek Sturnman.