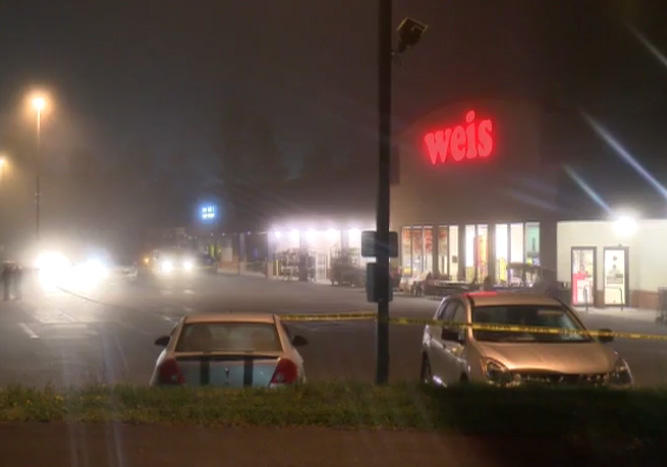 Troopers from the Tunkhannock barracks in northeastern Pennsylvania didn't immediately explain why 24-year-old Randy Stair, of Dallas, shot the others and himself in a Weis Market shortly before 1 a.m. Thursday.

Stair fatally shot Terry Sterling, 63, of South Montrose; Victoria Brong, 26, of Factoryville; and Brian Hayes, 47, of Springville; before firing other random shots inside the store. Stair then shot himself in the head, police said.

Police stressed that the store was closed to the public when the shooting occurred, and that nobody else was inside at the time. Online records indicate the store is open from 6 a.m. to 11 p.m.

"We are deeply saddened by the events of this morning," Weis spokesman Dennis Curtain said in a statement. "The safety of our associates, our customers, and the surrounding community is our top priority."

Authorities called in a bomb squad to investigate the suspect's car in the parking lot but ruled the scene all clear, reports CBS affiliate WYOU.

Suspect wanted in stabbing deaths of Massachusetts couple captured in Florida
Thanks for reading CBS NEWS.
Create your free account or log in
for more features.
View CBS News In
CBS News App Open
Chrome Safari Continue
Be the first to know
Get browser notifications for breaking news, live events, and exclusive reporting.