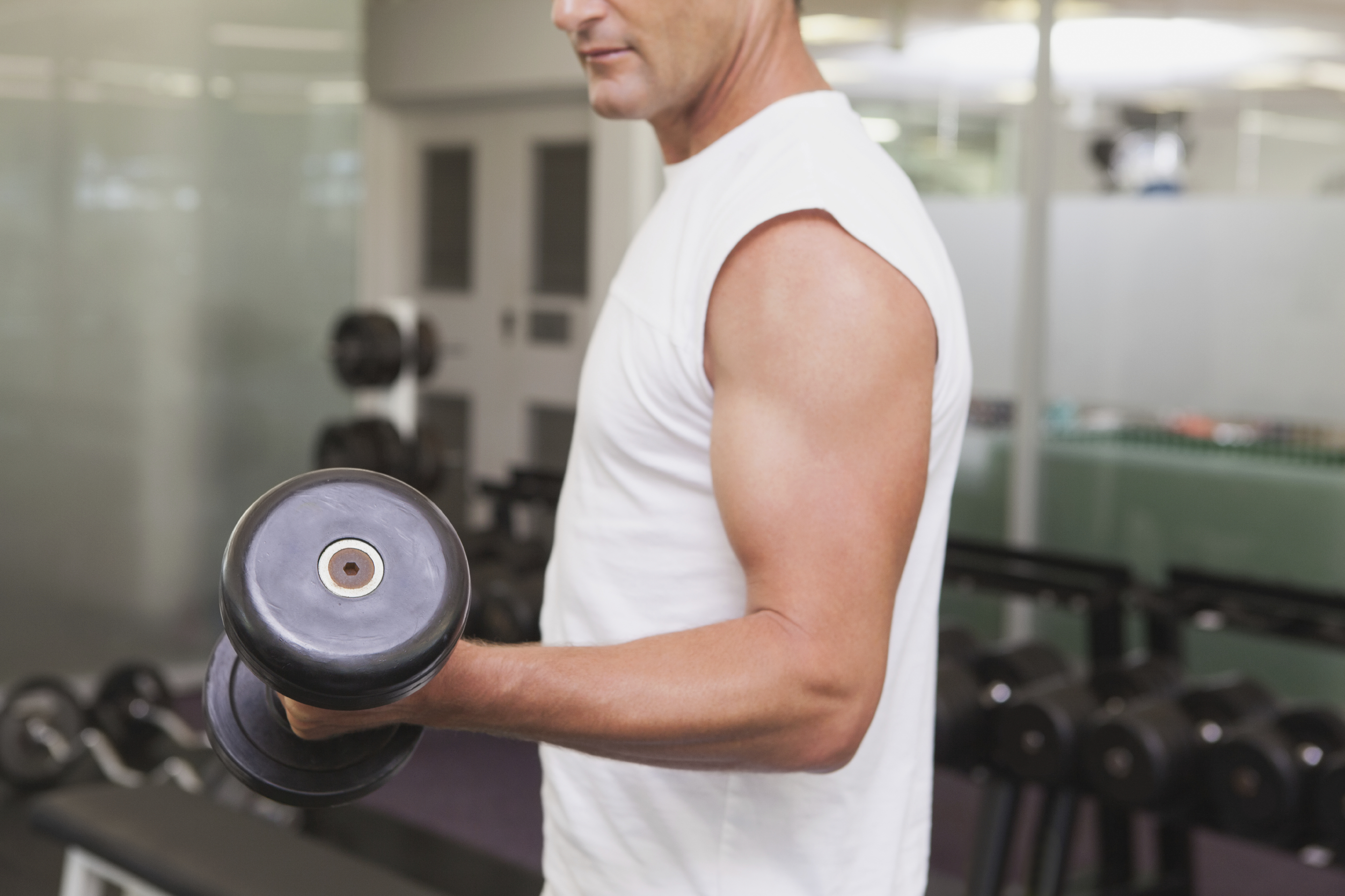 While a heart-thumping, high-octane spinning class or long run outdoors burns plenty of calories, aerobic exercise may not be enough to keep an expanding waistline in check. A new study says it takes weight training, too.

Researchers at the Harvard School of Public Health have found regular weight training can slow down the pace of waistline expansion that's common in men as they age.

The study, which was published Monday in the journal Obesity, involved 10,500 healthy men, age 40 and older, who took part in the Health Professionals Follow-up Study between 1996 and 2008. The researchers analyzed 12 years of data to see which types of exercise had the biggest impact on men's health over time.

The researchers found that 20 minutes of weight training per day was enough to significantly curb weight gain in the midriff.

Men who did regular weight-training had less gain in their waistline (-0.67 cm) over the 12-year period, compared with those who participated in moderate-to-vigorous aerobic exercise (-0.33 cm), or physical labor from daily life such as yard work or stair climbing (-0.16 cm).

Not surprisingly, the men in the study who generally stayed sedentary and didn't engage in any regular exercise had the fastest expanding waistlines.

It's well known that being overweight increases one's risk for chronic and deadly conditions like heart disease and diabetes, and more recent research suggests that carrying extra weight around the midriff raises risk even further.

Belly fat is linked to metabolic syndrome, which is a group of conditions that include high blood pressure, high blood sugar, elevated cholesterol levels and obesity -- all of which increase the risk for heart disease, stroke and diabetes, among other health conditions. A study published earlier this year found excess belly fat raised one's risk for COPD by as much as 72 percent. In the U.S. an estimated 20 to 25 percent of adults have metabolic syndrome.

Many men who keep letting out their belts are not considered "fat" when assessed strictly through average weight-to-height ratios. However, a man's weight alone isn't enough to assess their health, since muscle mass deteriorates over time and especially in the absence of weight- bearing exercise.

"Measuring waist circumference is a better indicator of healthy body composition among older adults," Rania Mekary, a researcher in HSPH's Department of Nutrition and lead author of the study, said in a press release. "Engaging in resistance training or, ideally, combining it with aerobic exercise could help older adults lessen abdominal fat while increasing or preserving muscle mass."

A large body of research has found that weight-bearing exercise is essential to maintaining good health for both men and women. A study of 32,000 men published in the Archives of Internal Medicine found about two hours of weightlifting a week reduced a man's risk for type 2 diabetes by as much as 25 percent. The same may also be true for women. Weight training exercise is also essential for building healthy bones, and is linked to a decreased risk for developing osteoporosis.