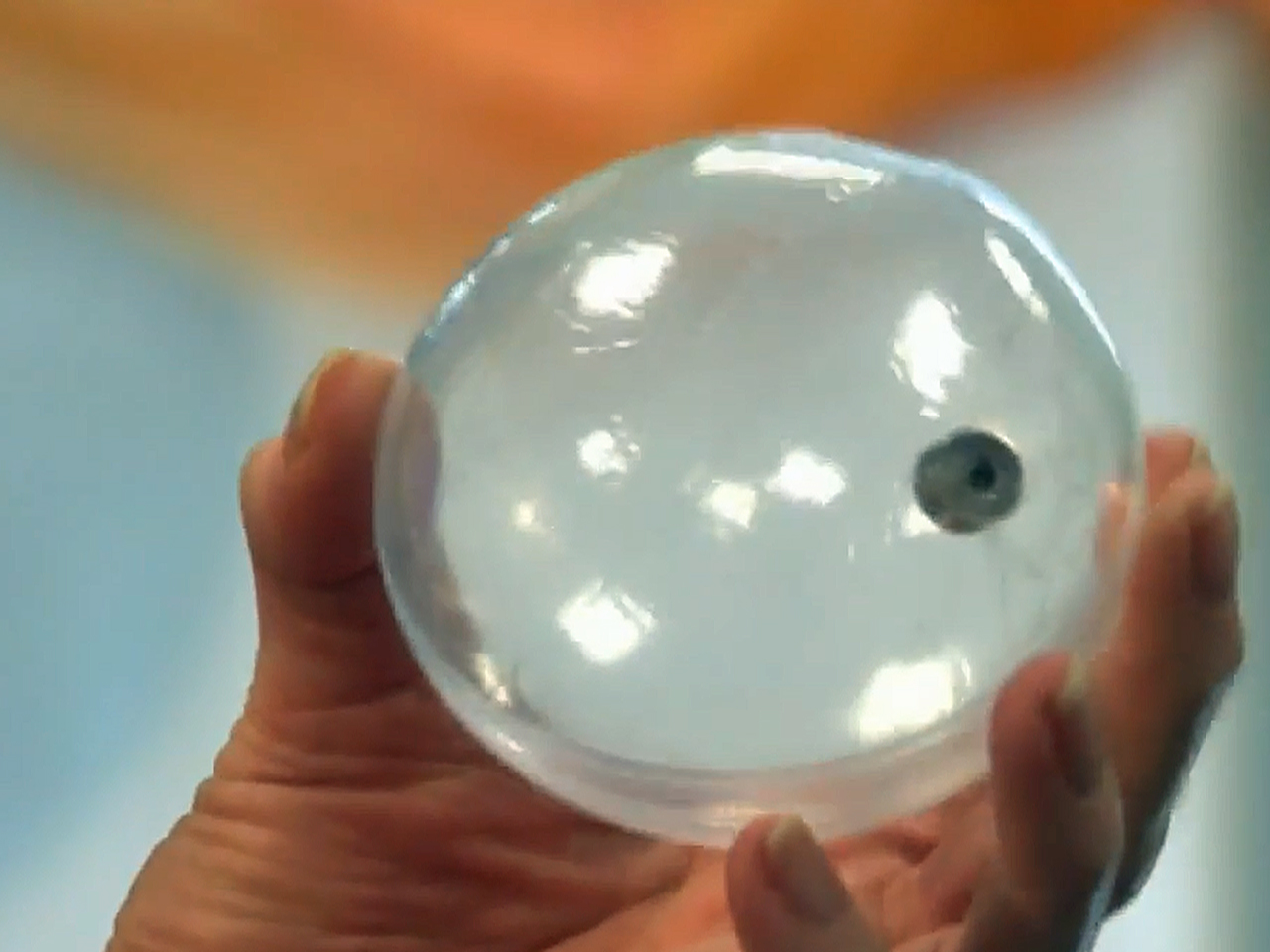 A new pill that mimics the stomach-restricting nature of weight-loss surgery is helping some patients shed pounds in early trials, British researchers claim.

The pill, called the Obalon balloon, is a capsule containing an a balloon. As CBS News’ Alphonso Van Marsh reports, after a patient swallows the pill, surgeons inflate the balloon inside to make them feel full and eat less.

The device is not permanent though, and needs to be removed after about three months.

“This balloon will act to educate them about portion size and retrain their brain and their mindset a little,” Dr. Sally Norton, a bariatric surgeon at Spire Hospital, Bristol, told CBS News. Her hospital offers the procedure.

The pill capsule is attached to a tube that can be inflated. Once the capsule hits the stomach, the balloon gets released. A doctor can use an X-ray to find where the balloon is and inflate it with gas through the tube. After, the doctor pulls the tube out through the patient’s mouth, leaving the balloon floating in the stomach.

Up to three balloons are introduced to the stomach over the 12-week period, with placement depending on patient’s fullness and weight loss progress, according to the product website. This fills the stomach, in turn making the patient feel more full.

The device’s makers claim overweight and obese patients can lose up to 20 pounds in three months.

The treatment is not currently approved in the United States by the Food and Drug Administration and is not covered through the U.K.’s National Health Service (NHS). Patients in the U.K. can pay more than $3,300 if they want to get the treatment, Sky News reported. A two-balloon procedure may cost about $5,000, according to Van Marsh.

However, experts are not convinced the treatment will be a cure-all for obesity, given the balloons have to be deflated and removed after the 12 weeks are over.

“When they take the balloons out, what happens is the stomach hasn’t shrunk,” Tim Bean, a U.K.-based fitness expert, said to CBS News. “So you’re left with the same size stomach, or possibly even bigger than there was beforehand.”

Other medical options for weight loss, like the four types of bariatric surgeries, can be more invasive. Some patients undergo the Lap-band procedure. The band is an adjustable ring that wraps around the upper portion of the stomach. It can be inflated by doctors by placing a small needle into a reservoir and filling it with liquid. The more liquid, the tighter the band gets, which makes the stomach smaller and in turn limits food intake.

Other procedures include the Roux-en-Y gastric bypass, the most common surgery, where a doctor staples a portion of the stomach together to create a smaller pouch to limit how much food a person could eat.

There’s also the less common form of bypass called a biliopancreatic diversion with a duodenal switch, where a large portion of the stomach is removed and the remaining pouch is attached to the last segment of the small intestine.

Another procedure known as a vertical sleeve gastrectomy can also be undertaken. Patients have most of their stomach removed, and the remaining portions are joined by staples, leaving a small tube-shaped stomach that fills up quickly.