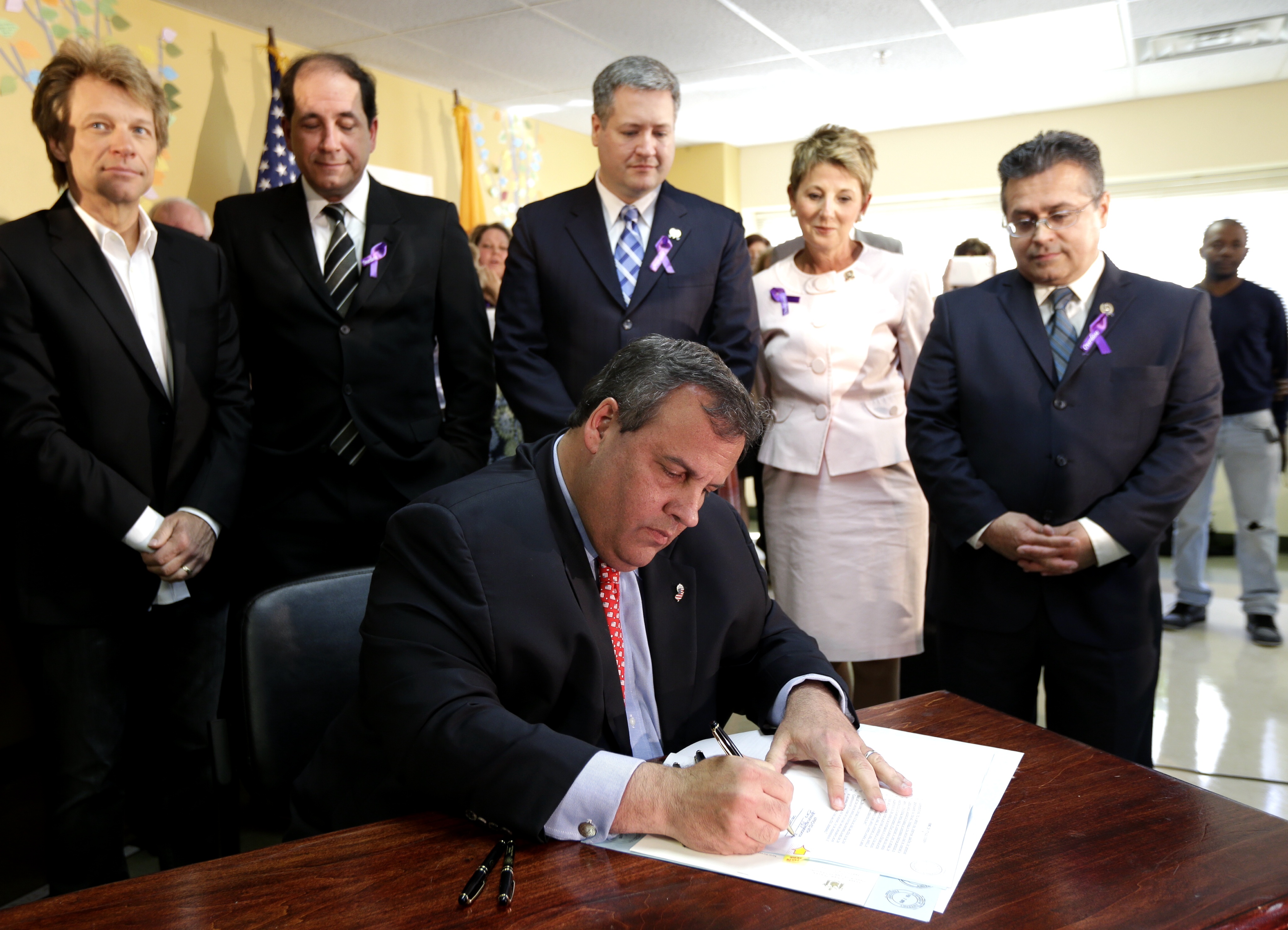 Lap-band surgeries are in the spotlight now that New Jersey Gov. Chris Christie revealed in an interview with the New York Post that he secretly underwent the procedure in February at his family's urging.

Christie told the paper that he was motivated to undergo the procedure by his children, not political ambitions for the presidency.

"I've struggled with this issue for 20 years," he told the Post. "For me, this is about turning 50 and looking at my children and wanting to be there for them."

The Post reported that before the procedure, Christie had consulted New York Jets coach Rex Ryan, who underwent a Lap-band in 2010 and lost more than 100 pounds.

A Lap-band is one of four types of weight loss -- or bariatric -- procedures available today, explained Dr. Philip Schauer, head of the Bariatric and Metabolic Institute at the Cleveland Clinic, in an interview with CBSNews.com.

For the procedure, an adjustable ring or band that contains a reservoir is placed around the upper stomach. After the surgery, adjustments are made to the band by placing a small needle into the reservoir, which contains a saline solution. By increasing or decreasing the amount of liquid, the band can be tightened or loosened. This can change the size of the stomach, with a tighter band limiting food intake.

Of the existing weight loss procedures, it's the least-invasive surgery-wise, but also the least-effective in terms of the amount of the weight that's lost, according to Schauer, who had no involvement in the governor's care.

"I was a little surprised that this was the procedure that Gov. Christie had chosen," said Schauer, pointing out that procedures like the Roux-en-Y gastric bypass and sleeve gastrectomy are more popular, and have been shown to be more effective.

Last July, Christie told ABC News' "Nightline" when asked about his weight that getting gastric bypass never crossed his mind, because the surgery was "too risky."

The most common form of that procedure is a Roux-en-Y gastric bypass, which Schauer estimates about 55 percent of patients getting bariatric surgery undergo.

That procedure is more invasive than a Lap-band, and involves a doctor creating a small pouch by stapling a portion of the stomach together to limit how much food a person can eat. Risks include excessive bleeding, infection, adverse reactions from anesthesia, blood clots, breathing problems, leaks in the GI tract, bowel obstruction, gallstones, hernia, ulcers, stomach perforation or a condition called gastric dumping syndrome, in which undigested contents in the stomach move too rapidly to the small intestine and cause diarrhea and vomiting, according to the Mayo Clinic. Death can also occur in rare cases.

The Lap-band, however, is not without risks. Schauer pointed out there are inherent risks with an adjustable band compared to the other bariatric surgeries because it's the only procedure where surgeons are implanting a foreign object in the body.

The most common problem in anywhere from 15 to 40 percent of these patients according to Schauer is something called "band slippage," where the ring over time slips down the stomach, requiring another operation to fix it. Other risks include obstruction of the stomach which can lead to severe nausea and vomiting, severe acid reflux from the band being too tight, and erosion of the band, which rarely occurs but would require surgery.

The most common reason a band gets removed, though, is because no weight loss occurs, Schauer said. Many of those patients opt for a surgical revision in that case, to have their procedure turned into one of the others like a gastric bypass.

People who undergo a gastric bypass can expect to lose about two-thirds of their excess body weight within two years.

Other weight loss procedures include a less common type of gastric bypass that's more complex, called biliopancreatic diversion with a duodenal switch, according to the National Institutes of Health. That procedure involves removing a large portion of the stomach to make patients feel full, then connecting the remaining pouch to the final segment of the small intestine. This procedure is the most invasive of the group but also leads to the most weight loss, said Schauer. He recommends this for severely obese patients, such as those around 500 pounds.

A vertical sleeve gastrectomy is a surgery in which about 80 to 85 percent of the stomach is removed, with the remaining portions being joined by staples, so a tube-like banana-shaped stomach is left. When you eat after having this surgery, the small pouch will fill up quickly so patients will feel full after eating just a very small amount of food.

Schauer equated the risks associated with all bariatric surgeries to those of gallbladder surgeries or hysterectomies. He added it is crucial patients speak to a doctor that performs each type of procedure to decide which one is best for them.

"There are a number of surgical tools to help patients and it's important that the patient's needs are matched appropriately with the tool," he said.

For example, the band may be perfectly adequate for someone who needs to lose 50 pounds, or someone with heart problems who might be placed at high risk from a more invasive gastric bypass.

Other weight loss options include diet and exercise-based programs, or prescription medications for obesity.

Schauer said he was glad the governor announced his procedure because it may inspire others to talk to their doctors about obesity.

"I personally think it is wonderful that Governor Christie stepped up and did what needs to be done to improve his health," he said.