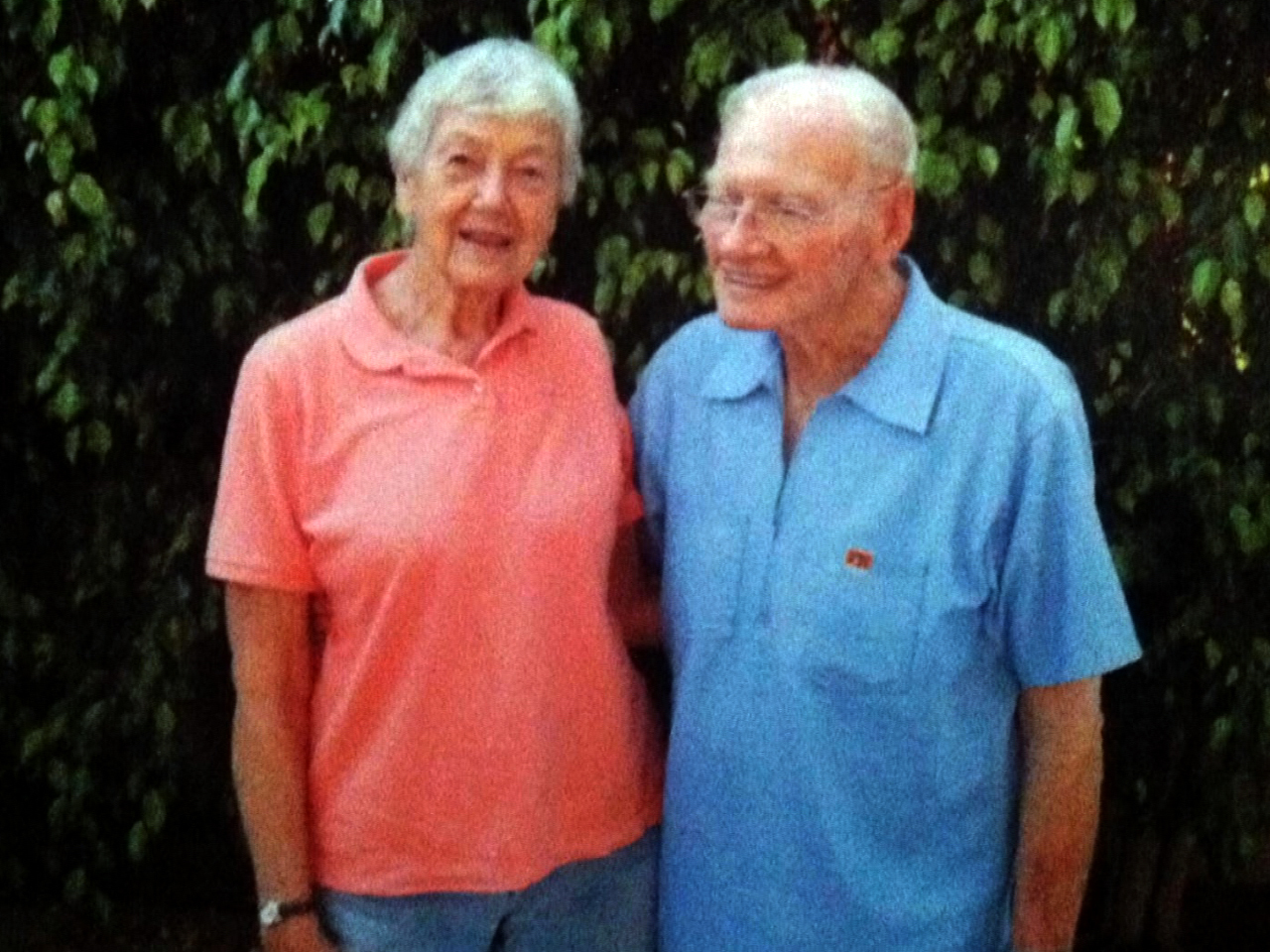 (CBS News) MARTHA'S VINEYARD, Mass. - A story that ends like a fairy tale, but begins like a mystery is this week's "On The Road."

Divorced, with the kids long gone, Cynthia took up mystery writing as a hobby 10 years ago. She has a prolific imagination.

But her best story is her own true tale, a tale of romance and intrigue that began last year when she got a strange envelope in the mail.

"I'm always looking for wonderful mysteries and this seemed to be one," said Riggs.

Cynthia received a coded message on a white card.

There was no key for breaking the code — or even a return address, for that matter.

But Cynthia was pretty sure who sent it.

She says, 60 years earlier she was working at a marine laboratory in San Diego when she made friends with a young co-worker named Howard Attebery.

When asked, Howard admitted to sending the note.

"Yes, I'm the one responsible for that," he said.

He and Cynthia used to pass coded notes in the lab, which he saved.

It was a simple substitution code where A equals B — B equals C — and so on.

"I would say something like, 'Did you see that Don found a copepod in his sample?'" said Riggs.

"I liked him a lot but I didn't see any romantic interest in it," she added.

Howard says he knew she felt that way, which is why he never asked her out.

Later, he got married to someone else, divorced, stayed single for long time, until the age of 90 when he finally got the courage to tell Cynthia what he really felt.

So what did that note say? "It said 'I have never stopped loving you,'" said Attebery.

After Cynthia translated the message, she tracked him down and flew out to California to see him.

Howard proposed an hour later. They got married last weekend.

For Cynthia, it's a new, unexpected chapter in her life. For Howard, a 60-year dream finally come true.

"You know, love is a great place to spend the rest of your life," said Attebery.

There's no mystery about that.

How young people are lured into radicalization