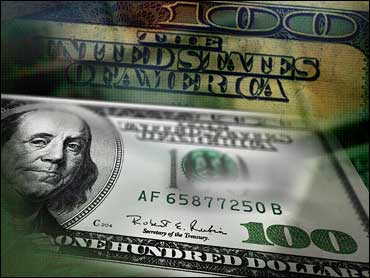 (AP)
Although the border separating the United States and Canada might be considered the most peaceful in the world, the weakening American dollar has caused an economic war of sorts between businesses selling products to their respective neighboring countries.

The Wall Street Journal highlighted Monday how the weak greenback is hurting a Canadian Christmas tree grower ($). Although Matthew Wright grows his Balsam firs in Canada's Nova Scotia province, most of the 14,000 trees he sells every year are sent to the United States and paid for in U.S. dollars. With the Canadian dollar — or "loonie" as it's called there — considered a stronger currency than the buck, that means Wright makes less of a profit on each of the trees he sells.

"Mr. Wright can't raise prices; competition from U.S. Christmas-tree growers is too fierce. Nor can he lower costs; he's already paid for fertilizer, pesticide and labor in Canadian dollars," the Journal reported. "Since Christmas trees only sell in November and December, the exchange rate during those months can make or break Mr. Wright's year."

Wright hasn't paid himself in a few months. Right now, the Canadian dollar trades for 96 American cents. The Journal notes Wright could lose money if the loonie's value hits 92 American cents. Wright keeps a close eye on the exchange rates, and he sometimes holds onto checks for months so he can clear a better profit when he cashes it.

For American businesses, the loonie's rising value has provided an edge over Canadian competitors. David Campbell, a New York-based maple syrup producer told the Journal his profits soared during a similar exchange-rate situation last year. Because Canadian companies — which provide 80 percent of the world's syrup — raised their prices, Campbell followed suit without worrying about an increase in his costs. He's hoping for a similar situation next spring.