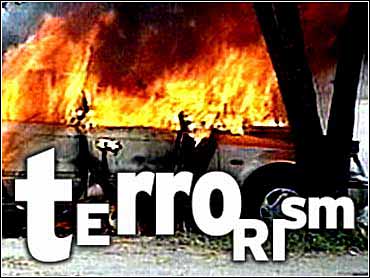 
This week marks two years since 9/11, but so much has happened it seems like 100. Those days when we could get on an airplane without undressing, when the fear of terrorism did not hang over every part of our lives seems so long ago and, like Scarlett's world, gone with the wind.

It is a different world the president will talk to tonight, and if he says what we expect, he'll tell us we need at least the indirect cooperation of the United Nations because we need other countries to help in the war on terrorism, and that is a change in administration thinking.

The critics say our troubles began when we shifted the war from bin Laden to Iraq. Whether they're right or wrong can be argued later. The overriding point now is that we are in Iraq, and to walk away would give terrorists a victory that would leave us even more vulnerable there and here.

Terrorists cannot be appeased. They must be defeated. And it seems obvious now we can't do it alone.

We survived a terrible blow on 9/11, but every time we go through a metal detector or suffer the inconveniences that safety now requires, we're reminded of just how much of our freedom and our peace of mind the terrorists have already taken from us.

The president's speech tonight will not be the speech he would have made a year ago, but he is right to make it; we must prevail over terrorism. To do otherwise is to condemn our children to a world of fear, where there can be no freedom or security.