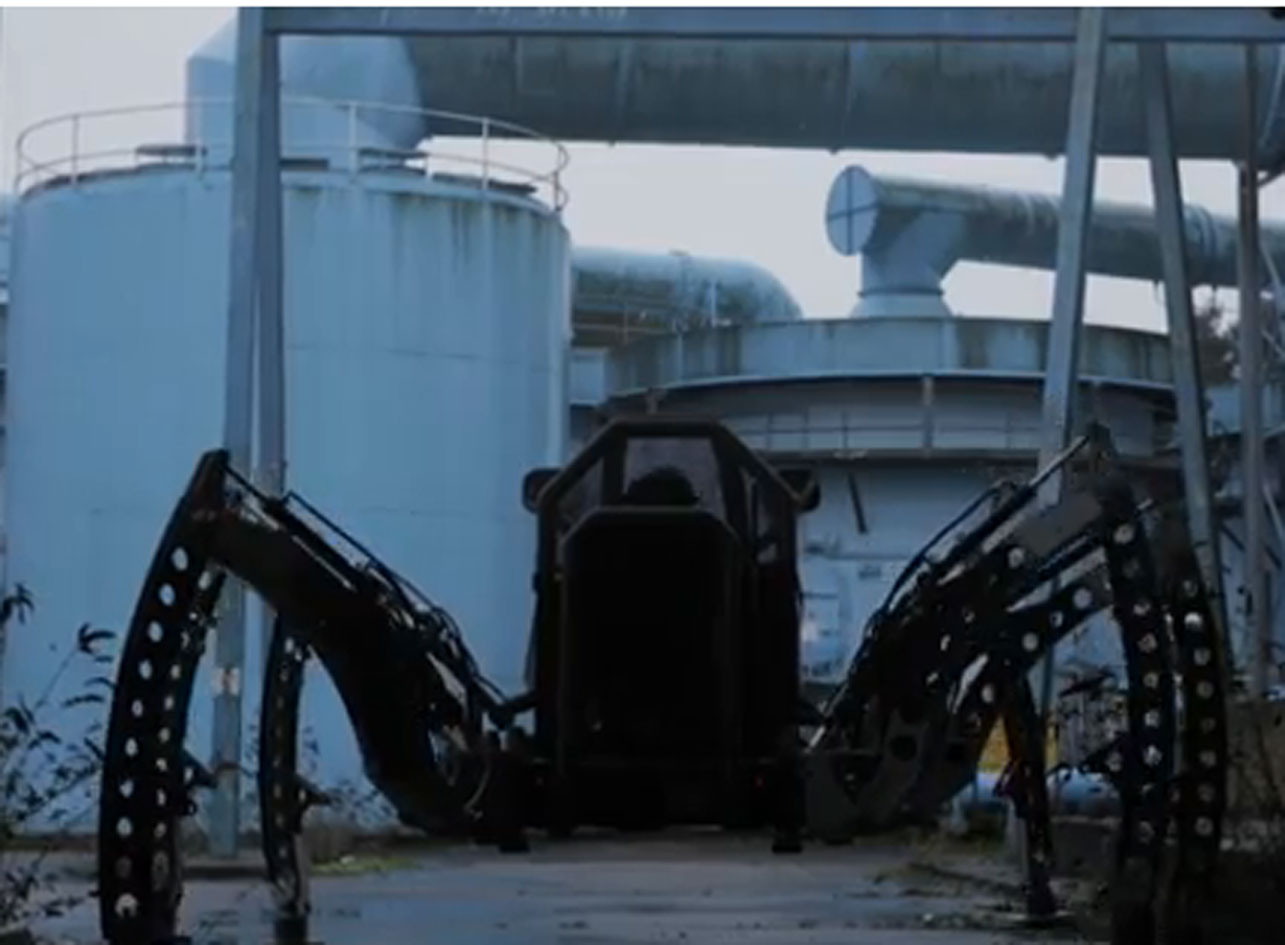 The giant machine is 9.2 feet high, can reach within in 16.4 feet and weighs just less than two tons. This robot is what nightmares are made out of. The walking machine can be piloted with a real person, or even controlled remotely with Wi-Fi.

"This walking machine started as an idea back in 2007, we secured private funding in 2008 to start the project and, after three years of design, build and testing, the robot made a first successful test drive in the summer of 2012 at Bestival U.K.," explains Mantis' chief designer Matt Denton on the company's website.