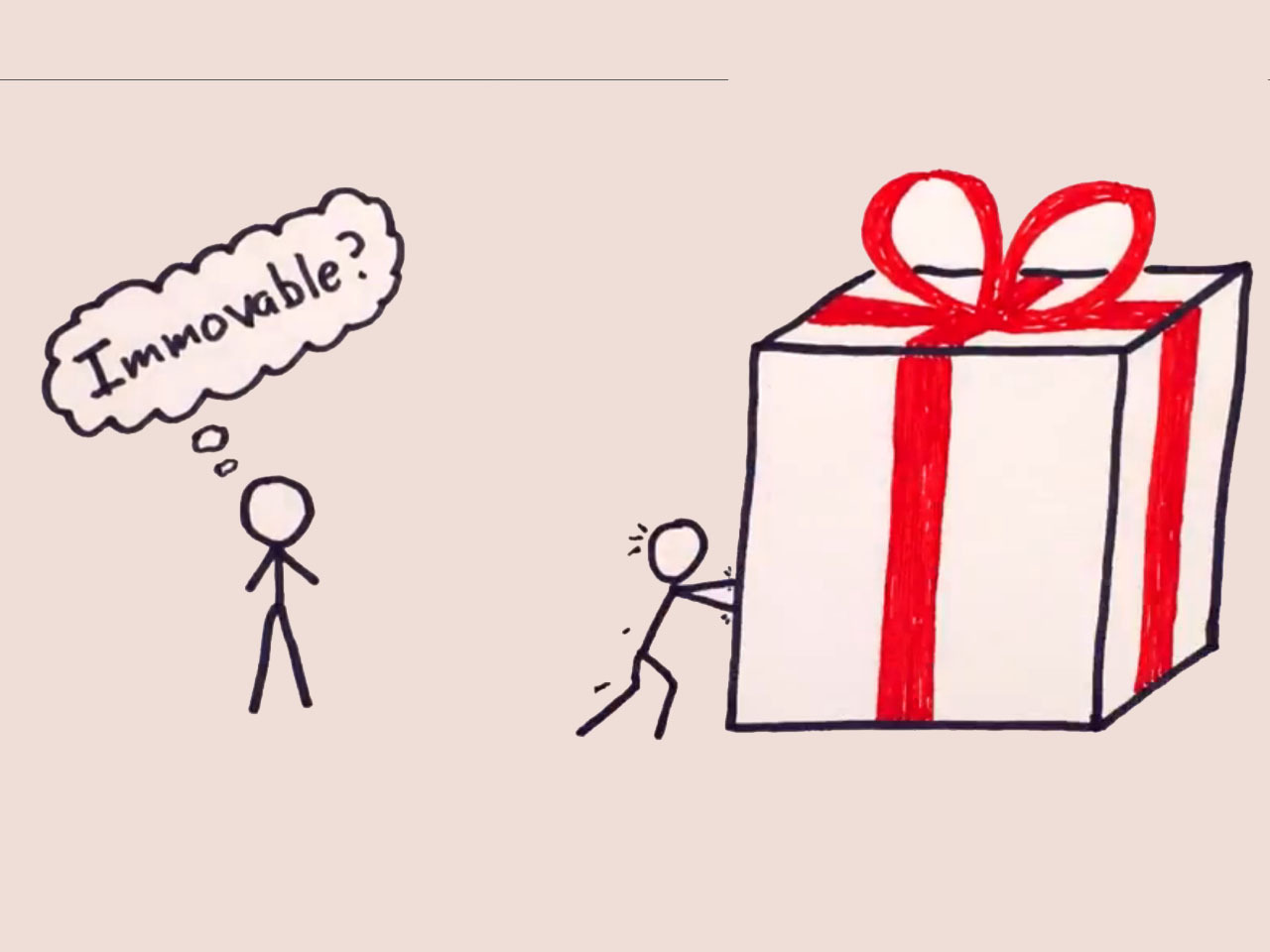 It's a philosophical question as old as humanity. What happens when an unstoppable force meets an immovable object? The scientist-artists at MinutePhysics have attempted to answer this question with the magic of physics. As with all physics related solutions, the answer is both elegantly simple and frustratingly difficult to accept.

The video, above, begins by pointing out an overlooked truth of our physical world: there is no such thing as an immovable object. "Movement" is a perception of perspective. For example, from the ground it appears that an airplane is soaring through the air. From a seat in coach, it appears the ground is falling away beneath your feet.

The idea that an object's movement is based on its relation to the observer is the essence of relativity.

But how about that unstoppable force? Well, for a force to be truly unstoppable it would have to have infinite energy. The only thing in our universe we know of that could possess infinite energy is an infinitely massive black hole.

See where we're going with this?

Not to spoil the end of the video, except to say that it is a fascinating -- and wonderfully drawn -- display of science. Check out more of MinutePhysics' works on their YouTube page.