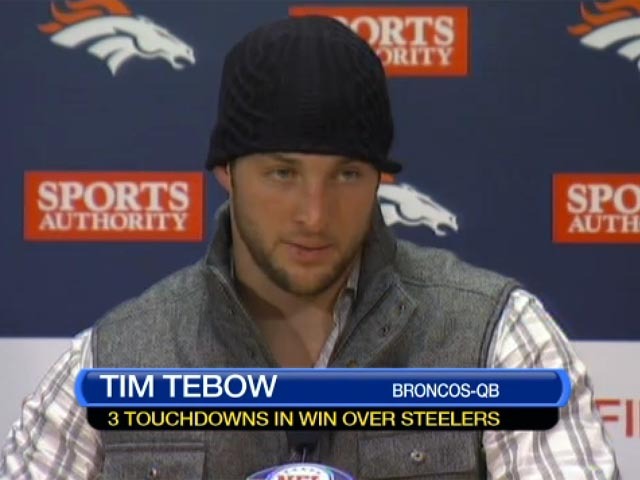 (CBS) - Tim Tebow believes in miracles, and after Sunday's incredible overtime win against the Pittsburgh Steelers, it's hard for anyone else not to. After battling all game, it only took the Denver Broncos one play to march 80 yards in overtime and seal the Broncos' first playoff win in five years. After the game, Tebow described the game-winning play.

"It was a great call by [offensive coordinator Mike] McCoy," Tebow told reporters. As always, the Denver quarterback was humble and gave all the credit to his teammates.

"[Wide receiver Demaryius Thomas] made a great catch and a great run after the catch. Our offensive line blocked phenomenal." Tebow said. "DT made a heck of a play."

The headlines will scream about Tim Tebow all week long, but the young quarterback reminds us that the Broncos are a team working together. They will need more of that team effort next week when they head to Massachusetts for a divisional playoff game against the Patriots.