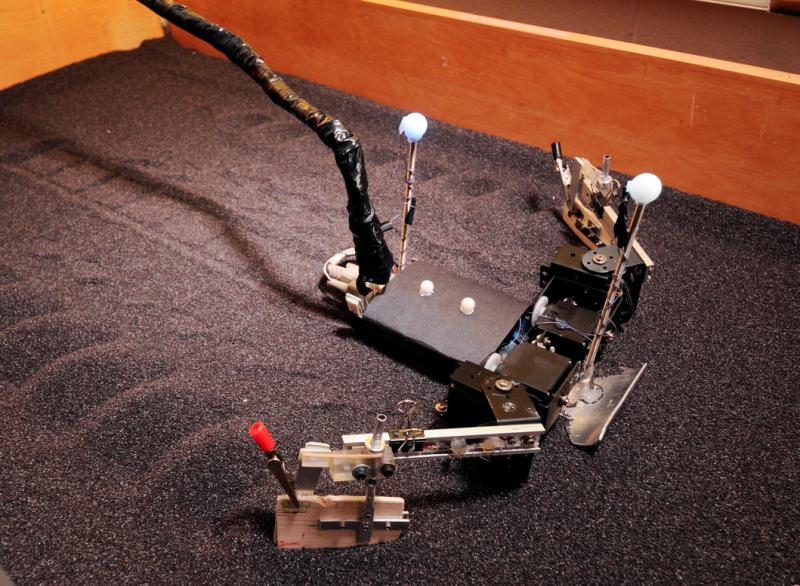 While it may look like a giant robotic pet, scientists at the Georgia Institute of Technology have actually created the "FlipperBot" to generate new data on how organisms move.

The robot mimics the movements of sea turtle hatchlings struggling to reach the ocean. These little creatures need to rely on dexterity and flexibility in their wrists to get around without moving a lot of the surrounding sand.

"We are looking at different ways that robots can move about on sand," Daniel Goldman, an associate professor at the Georgia Institute of Technology, said in a statement. "We wanted to make a systematic study of what makes flippers useful or effective. We've learned that the flow of the materials plays a large role in the strategy that can be used by either animals or robots."

FlipperBot has similar wrists to the hatchlings, which provides the same benefits and drawbacks. Neither the sea turtles nor the robot can maneuver in sand where there have been previous steps.

"On hard ground, their wrists locked in place, and they pivoted about a fixed arm," Goldman explained in the statement. "On soft sand, they put their flippers into the sand and the wrist would bend as they moved forward. We decided to investigate this using a robot model."

The research was published April 24 in the journal Bioinspiration & Biomimetics.

Watch the video below to see what this adorable robotic looks like in action.