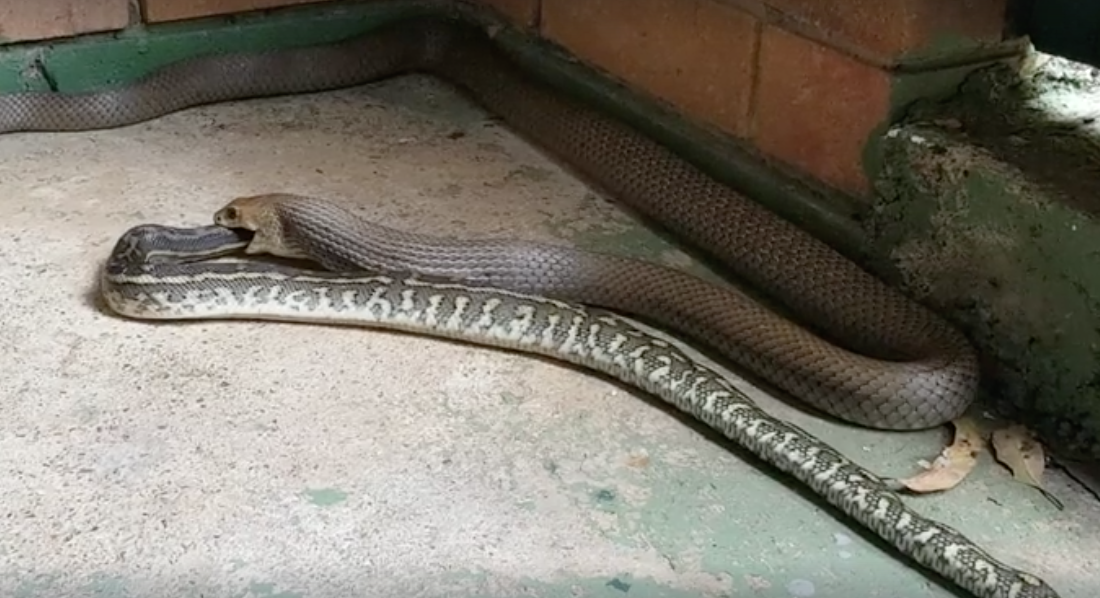 The year 2016 brought us a giant spider eating a mouse -- but 2017 has already outshone mouse-spider with a video of a pretty big snake eating... another pretty big snake.

Snake catchers Norman and Sally Hill came upon a venomous eastern brown snake feasting on a carpet python when they were called to a home in Ipswich, Queensland, and filmed the gruesome encounter.

Sally Hill told the Australian Associated Press she had never seen anything like it before. “It’s very rare any snake catcher gets an opportunity to witness something like this.”

The snake eventually slithered into a strategically placed bag, where it was allowed to finish its meal in privacy. Disturbing the snake mid-snack could cause it to regurgitate and create an even slimier problem, according to Hill.

Eastern brown snakes usually eat other creatures of smaller size, like birds or mice, but they are known to cross over into cannibalism when in captivity or over-populated conditions. It is the second-most venomous snake in the world, according to the Australia Zoo, and is no stranger to populated areas.

In fact, the highly poisonous reptile is responsible for more deaths from snake bites than any other species in Australia.

It’s a snake-eat-snake world out there, we’re just living in it.

Books vs. e-books: The science behind the best way to read
Cydney Adams