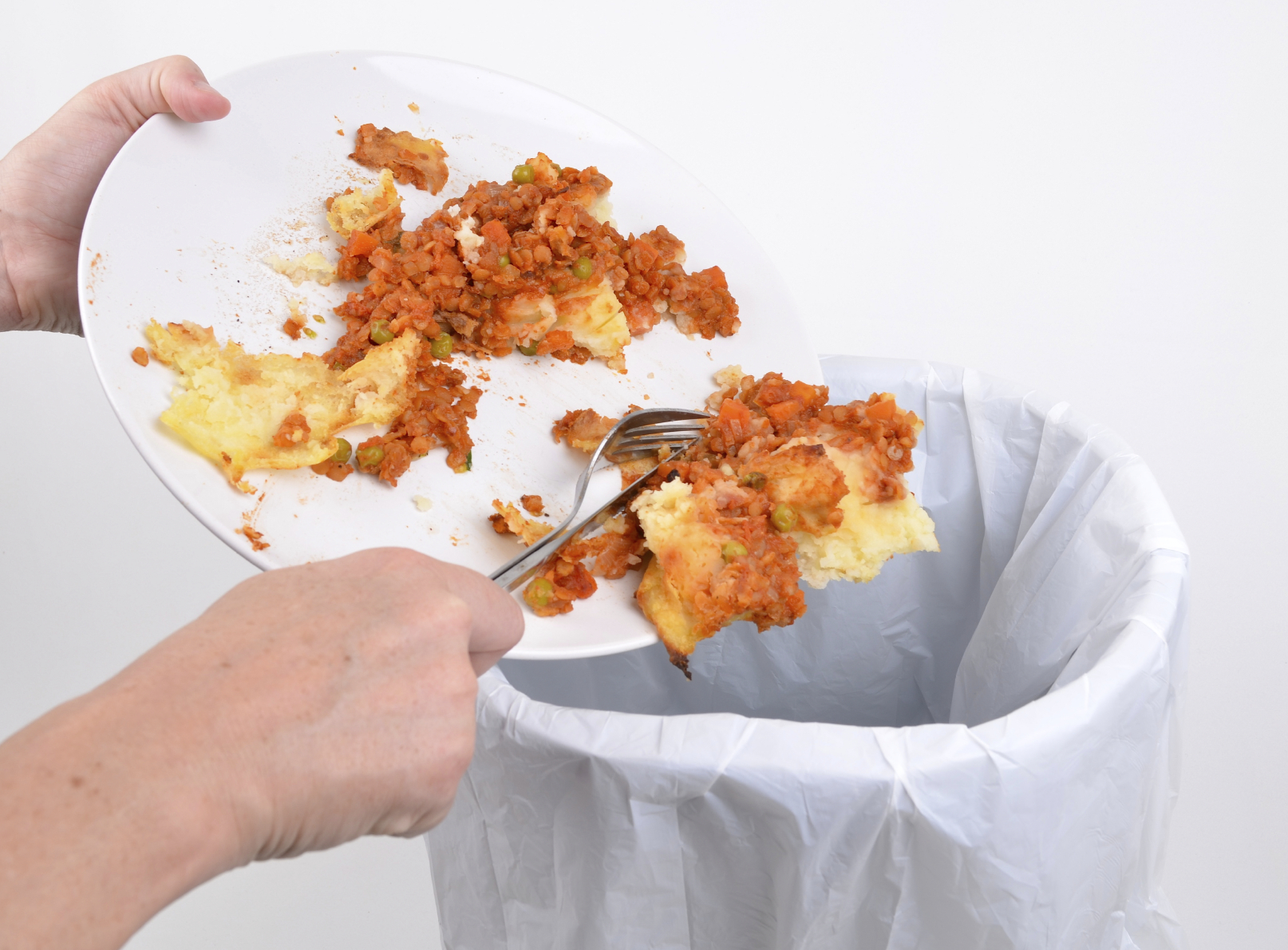 Throwing food in the trash has more harmful lasting consequences than most people think about.

According to a new national survey, 70 percent of Americans say they feel badly about throwing food in the trash. Most said they were bothered by it because throwing out food is a waste of their money or because others don't have enough to eat. However, in the survey of 1,000 people commissioned by the American Chemistry Council, only 15 percent mentioned the environment as a reason for the guilt.

That's likely because many people don't know the true life-cycle of their food once it becomes waste. It may seem that food would decompose quickly in a landfill, like it does in nature. But the reality of what happens to the 133 billion pounds of food wasted annually, according to USDA estimates, is very different.

"I think we're just waking up in this country to the issue of wasted food," Dr. Roni Neff of Johns Hopkins University told CBS News in a recent interview. Johns Hopkins' own surveys showed that people often throw food away because they are concerned about food-borne illness or freshness.

Food that goes out with the trash is usually trapped in plastic bags and, often, also in packaging or take-out containers that don't let light or air in to finish the natural breakdown. What would normally be organic matter that breaks down quickly becomes artificially preserved in these dark catacombs of containers, sometimes for decades.

Researchers also noted that many people also undervalue the cost of the food they waste. Respondents estimated their households throw out $640 per year in food. But the latest USDA report, based on 2010 figures, puts the amount at around $900 per household and $161 billion nationwide per year. That's 30-40 percent of the food supply.

"There may be a gap in peoples' awareness of what they're actually doing in terms of wasting food. They say they're wasting very little but we know that doesn't quite match with the actual numbers regarding waste," said Neff.

Most food waste comes from homes and food-based businesses like restaurants and grocers. Part of the problem is that many people aren't sure if their food is still fresh or get rid of it when it reaches its sell-by date, even though it would still be safe to eat.

To address environmental concerns about food piling up in landfills, several municipalities including Seattle, San Francisco, New York City and all of Massachusetts have implemented composting programs, asking businesses and residents to put food waste in separate bins. Some college cafeterias and landfills themselves are working to sort compostable materials from the rest of the trash, as well. But the most recent statistics from the EPA, through 2013, show that still, only five percent of food waste is composted.

Keeping food compost separated from the main trash haul has two big advantages: reducing the waste pile-up in already overburdened landfills and adding a secondary source of funding from the compost production.

Food waste contributes to methane in landfills, and landfills account for more than 20 percent of methane emissions in the U.S., according to the EPA. Methane is a potent greenhouse gas which contributes to global warming.

Food that is purposefully composted in bioreactors -- cylinder-shaped machines that look like silos and decompose food waste at high speed -- produces two energy products that can actually make money for cities. Bioreactors capture the methane and other bio-gas that's emitted by the decomposing food, which can be used as a power supply. The final product of the compost is a fertilizer that is often sold back to cities to help maintain their public green spaces.

In another approach to reducing food waste, non-profit organizations like City Harvest in New York help to reclaim food that would be thrown out by stores and restaurants and put it to good use feeding some of those who are hungry. City Harvest says it rescues at least 136,000 pounds of food each day and feeds more than 1.4 million New Yorkers each year.

Officials in Seattle, where residents could face fines if they don't compost, recommend the following strategies for reducing food waste: