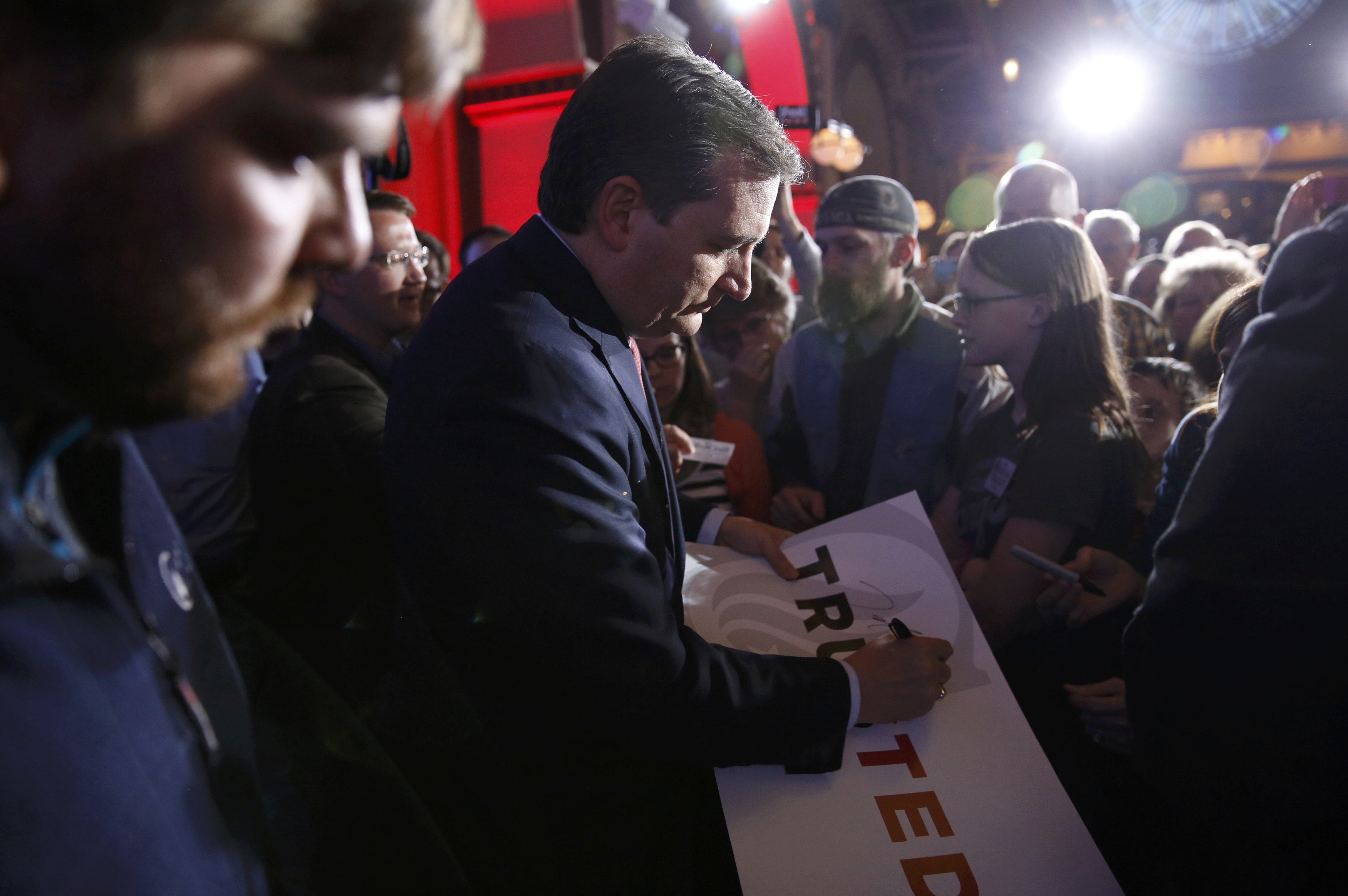 Donald Trump may be the last Republican standing in the 2016 race, but that doesn't mean everyone in his party is happy about it.

At the Washington state Republican convention this weekend, 40 of the state's 41 elected GOP delegates went not to Trump but to Texas Sen. Ted Cruz, Trump's primary challenger in the race.

Texas Sen. Ted Cruz, Trump's primary challenger in the GOP race, picked up 40 of 41 delegates at the Washington state GOP convention this weekend.

In theory, Washington Republicans' delegate move will have little effect: despite electing delegates at this state convention, those delegates are bound to vote according to the statewide results in this Tuesday's upcoming Washington primary.