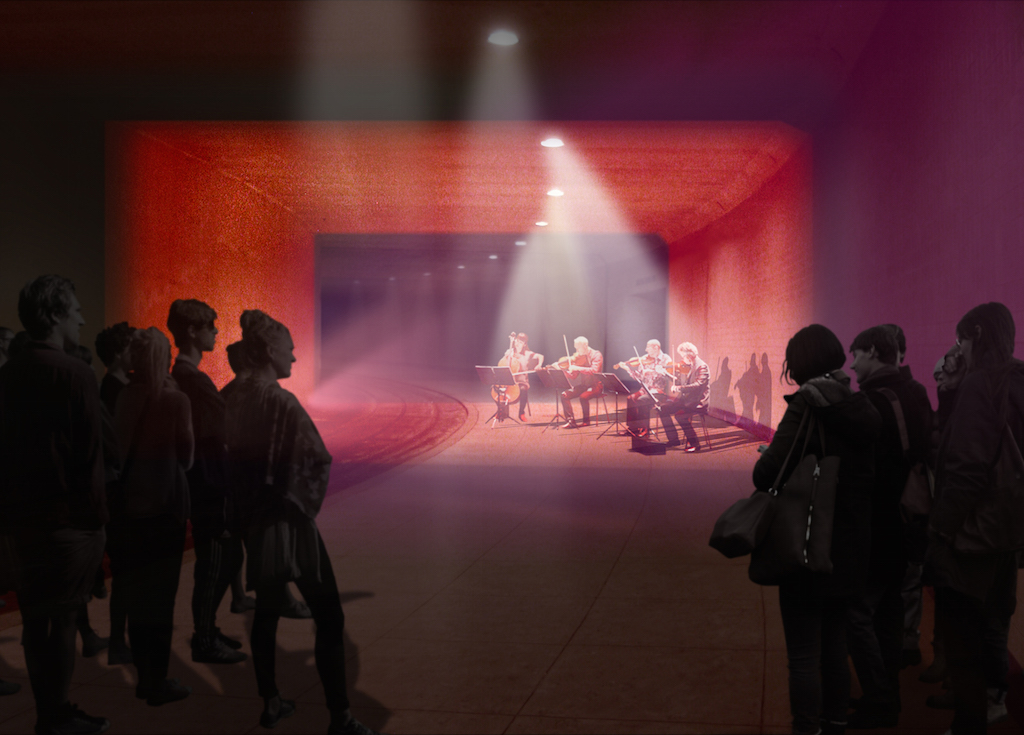 DuPont Circle is among the most vibrant, well-trafficked parts of Washington D.C., and it has a secret hiding just below the surface, out of sight of all those passing by.

Braulio Agnese is leading a private effort to take a largely forgotten piece of D.C.'s transportation past and make it a key piece of the city's future.

DuPont Underground is actually an old streetcar station, built in 1949 under DuPont Circle. Its nearly one mile of tunnels allowed the streetcars to turn around at the end of the line.

When the streetcars stopped running, it went dark, but that's poised to change.

"It's a good use for the space itself," Agnese said. "The space was designed to hold large groups for temporary amounts of time, and given just the kind of raw concrete nature aspect of it, we think it's much better served as a space to observe and experience art and performance."

A spot where people once waited for a ride could become a gathering place for art like no other.

It's one of a growing number of similar projects nationwide.

New York City's High Line turned an abandoned elevated rail line from eye soar to miles of open space through the heart of Manhattan. It attracts millions of people and serves as a model for projects across the country.

Last month, the first phase of Chicago's 606 Trail opened, a park built on top of the derelict Bloomingdale elevated train line. When completed, the $95 million project will run nearly three miles, connecting several neighborhoods and a network of parks.

In Philadelphia, more than $4 million has been raised to convert the Reading Viaduct into a similar open space stretching through the city.

"The things that used to push people out of cities -- blight, old ugly infrastructure -- are now things that are attracting people back in to cities, especially if we can find new ways to re-use them and ways that enhance quality of life," he said.

"The character of the space lets you know where you are, so that's the part that I find most appealing," Hunt said.

They'll open the east platform first. If they're able to raise $2 million more, they'll open almost a mile of tunnels and re-do the west platform that briefly saw life as a failed food court in the '90s.

"One of our objectives is to develop an identity for the city that's separate from the federal image of the city," Hunt said. "This is a moment when the city could begin to emerge with an identity of its own."