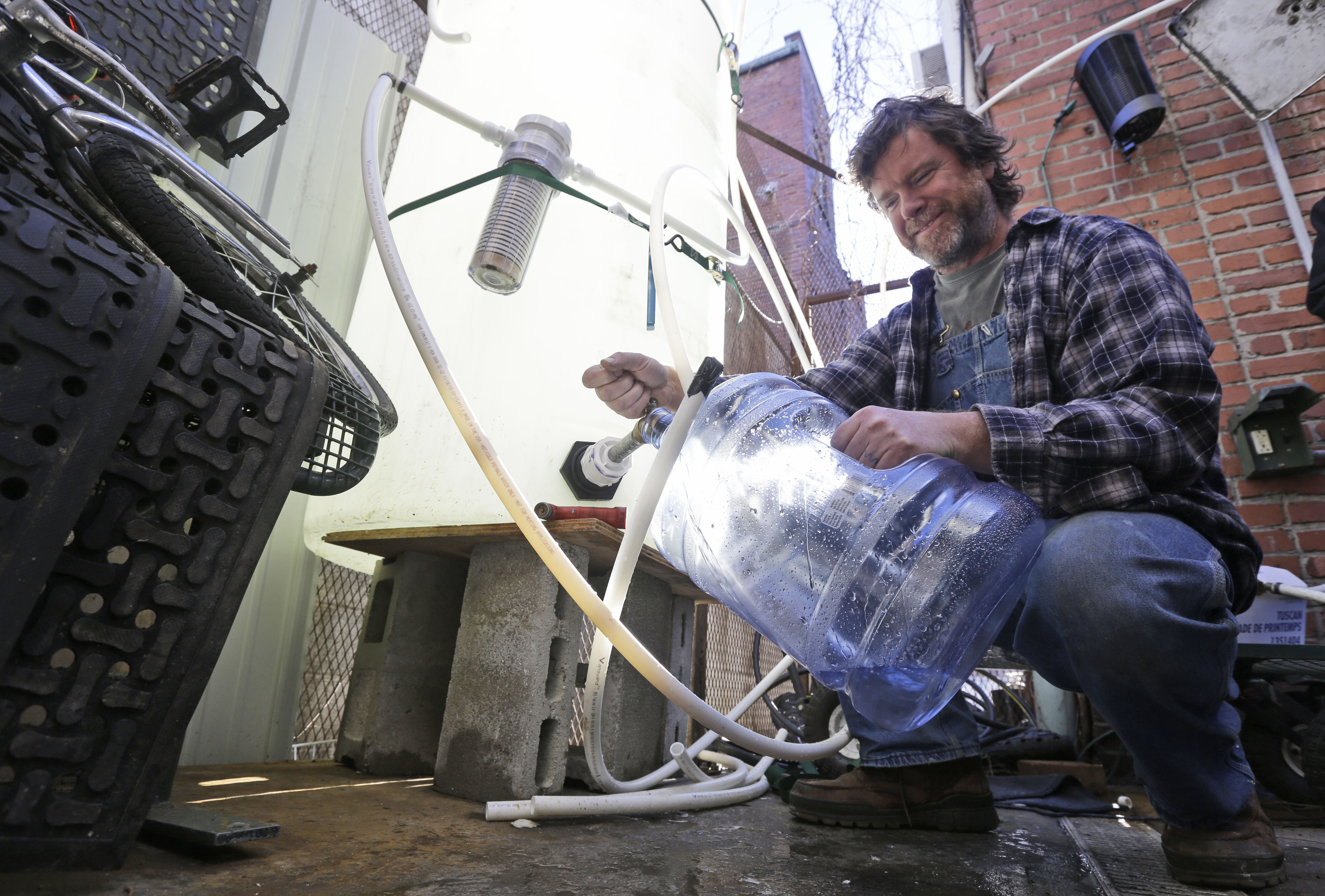 CHARLESTON -- Downtown businesses and restaurants reopened Tuesday following last week's chemical spill, but people in and outside the city limits waited yet another day for officials to tell them their tap water was safe.

So far, about 35 percent of West Virginia American Water's customers have been allowed to use their water again after a chemical spilled into the Elk River on Thursday. The emergency closed schools, restaurants and businesses because they, along with about 300,000 residents, were told not to drink, shower or even wash clothes with the contaminated water.

As the water comes back on slowly, federal authorities, including the U.S. Chemical Safety Board, have opened an investigation. Officials are also wondering what would happen if a similar incident happened near Washington.

For instance, imagine the responsibilities of those who work at the Washington Aqueduct's treatment plant - one of three facilities providing safe water for 4 million people.

"There are probably 50,000 individual chemicals that would have to be regulated that are out there - that's impossible," treatment plant manager Thomas Jacobus said.

Jacobus says that what happened in West Virginia could happen in the nation's capital, and if he had to shut down the plant, there would only be enough backup to supply the city for about a day.

"We are concerned about this, but we have plans to isolate our intakes," he said. "We can increase storage in the system to maybe get another 12-24 hours that we've already taken through the system and isolate ourselves from the river."

There is comfort, however, in that the Potomac River has no large chemical storage facilities upstream and very little industrial activity nearby at all. But to keep 130 million gallons of water per day clean, they rely on people to immediately report spills or leaks.

There are no magic sensors to stop toxins from reaching the plant, and the worries from West Virginia have officials downstream in Kentucky and Ohio planning temporary shutdowns while they test levels.

Matthew Davis said his neighborhood was still waiting for the ban to be lifted. After rinsing off at a nearby creek last week, he finally enjoyed a hot shower Tuesday at his fiancee's house 30 minutes away

The water crisis started Thursday when a chemical used in coal processing leaked from a Freedom Industries plant into the nearby Elk River.

Complaints came in to West Virginia American Water about an odor and officials discovered the chemical 4-methylcyclohexane methanol was leaking out of a 40,000-gallon tank.

Only 14 people exposed to the contaminated water were admitted to the hospital, and none were in serious condition.