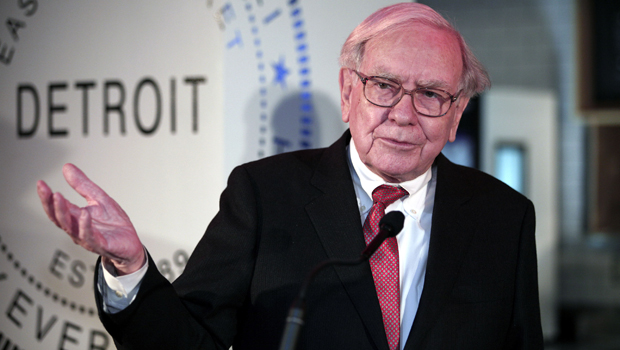 OMAHA, Neb. -- Billionaire Warren Buffett is confident that Berkshire Hathaway will be a mainstay of the U.S. economy for the next 100 years, regardless of whether it sometimes underperforms bull market runs, like it did last year.

In his annual letter to shareholders released Saturday, Buffett didn't disclose any new information on Berkshire's plans for succession once the 83-year-old someday leaves the helm. But he emphasized that the company he's led for 49 years is built on a "rock-solid foundation" and will endure long after he's gone.

"A century hence, BNSF and MidAmerican Energy will still be playing major roles in our economy," Buffett wrote. "Insurance will concomitantly be essential for both businesses and individuals - and no company brings greater human and financial resources to that business than Berkshire."

"Think of all the admired investors out there. How many ever refer to something they owned or investments they're making and talk about how well they're going to be doing a century from now?" says Bill Smead, founder of Smead Capital Management.

In 2013, Berkshire spent roughly $18 billion to buy NV Energy and about half of foodmaker H.J. Heinz, and paid $3.5 billion to buy out the rest of two manufacturing firms, Marmon and Iscar. Subsidiaries committed to spend $3.1 billion on 25 other smaller acquisitions. Berkshire now sits on roughly $48 billion in cash and owns 8 1/2 businesses big enough to be part of the Fortune 500 if they were separate companies.

Buffett said he and Vice Chairman Charlie Munger will continue to look for other investments and acquisitions that allow them to bet on the future of the American economy.

"Charlie and I have always considered a bet on ever-rising U.S. prosperity to be very close to a sure thing," Buffett wrote. "Indeed, who has ever benefited during the past 237 years by betting against America?"

He suggested that the Heinz deal, which Berkshire bought along with private equity firm 3G Capital, could prove to be a model for some future acquisitions. Typically in the past, Berkshire has bought entire companies itself.

Andy Kilpatrick, author of "Of Permanent Value: The Story of Warren Buffett," notes that Buffett also mentioned winding down several complex investments such as selling off Energy Future Holdings bonds after losing $873 million on them. He's also trusting Berkshire's two other investment managers, Todd Combs and Ted Weschler, with their own $7 billion portfolios and helping Berkshire subsidiaries make their own acquisitions.

"I think he's really cleaning it up to hand it off," Kilpatrick said.

"On the operating front, just about everything turned out well for us last year - in some cases very well," Buffett wrote.

However, Buffett's preferred measure of Berkshire's performance has traditionally been growth in book value - its assets minus liabilities - though he says the company's intrinsic value is much higher. Berkshire's book value gained a substantial 18.2 percent in 2013, but couldn't match the S&P 500's 32.4 percent run-up. That marks the fourth year out of the past five that the company has underperformed the S&P. Since Buffett took over the Berkshire textile mill in 1965 the company's only fallen short of the S&P 500 in 10 of those years.

But in his letter, Buffett noted that over the latest full six-year market cycle - which would include S&P's rock-bottom market year of 2008 when it lost 37 percent - the company outperformed the benchmark index.

"Through full cycles in future years, we expect to do that again," Buffett wrote. "If we fail to do so, we will not have earned our pay. After all, you could always own an index fund and be assured of S&P results."