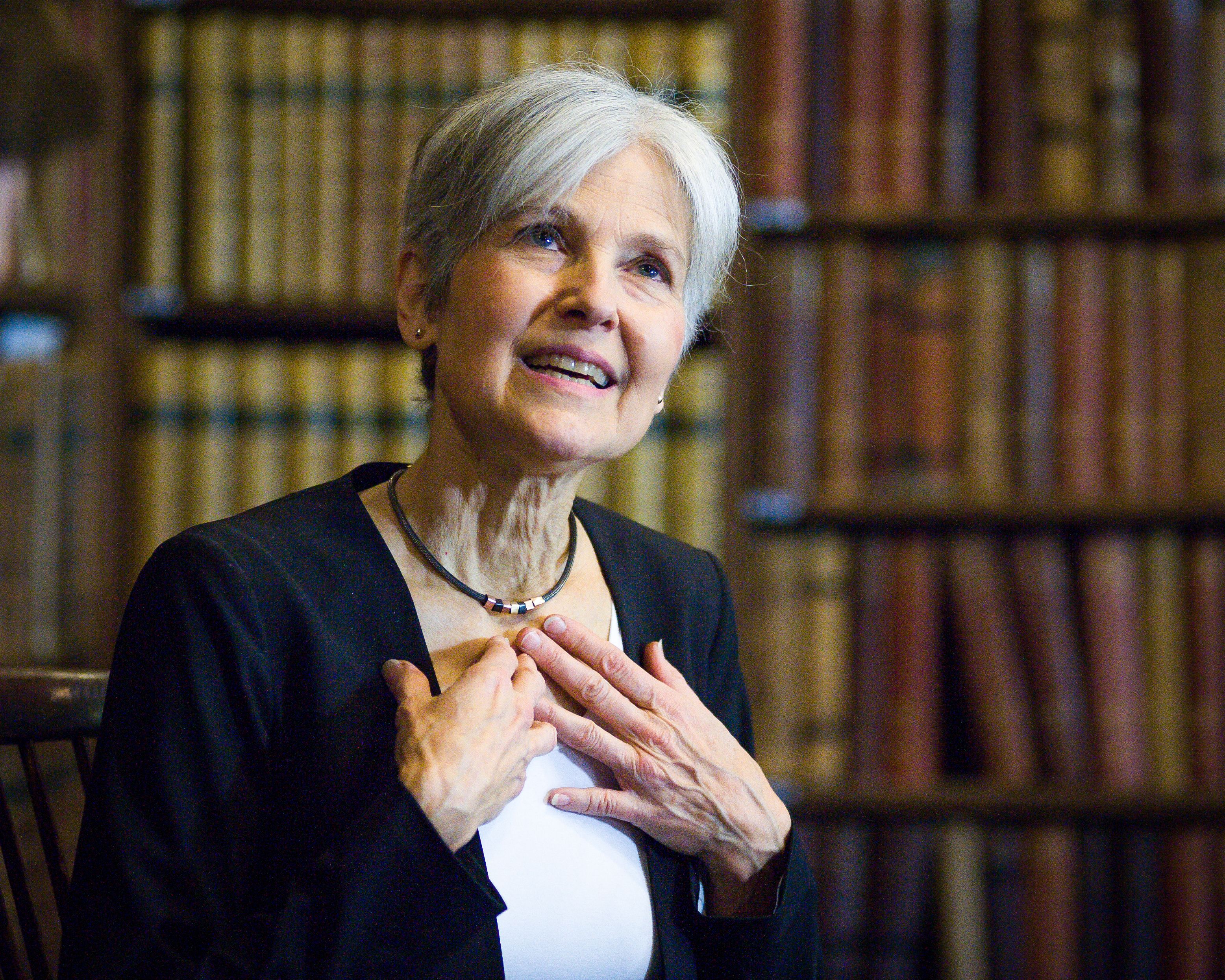 CANNON BALL, N.D. — A North Dakota county has issued a warrant for the arrest of Green Party presidential candidate Jill Stein, who is accused of spray-painting construction equipment during a protest against the Dakota Access pipeline.

Stein was charged Wednesday in Morton County with misdemeanor counts of criminal trespass and criminal mischief.

A spokeswoman for Stein said Tuesday that activists invited her to leave a message at the protest site, and Stein sprayed “I approve this message” in red paint on the blade of a bulldozer.

The Standing Rock Sioux Tribe is trying to stop construction of a section of the pipeline that tribal leaders say would violate sacred and culturally sensitive grounds and possibly pollute water.

Stein herself tweeted a photo of the spray-painting incident Wednesday afternoon:

The tribe requested the stoppage after a weekend confrontation between protesters and construction workers near Lake Oahe due to workers allegedly bulldozing sites that attorney Jan Hasselman said were “of great historic and cultural significance to the tribe.”

Hasselman said Tuesday that the tribe was “disappointed that some of the important sacred sites that we had found and provided evidence for will not be protected.”

Tribe spokesman Steve Sitting Bear said protesters reported that six people had been bitten by security dogs, including a young child. At least 30 people were pepper-sprayed, he said. Preskey said law enforcement authorities had no reports of protesters being injured.

There were no law enforcement personnel at the site when the incident occurred, Preskey said. The crowd dispersed when officers arrived and no one was arrested, she said.

Vicki Granado, a spokeswoman for Dallas-based Energy Transfer Partners, which is developing the pipeline, said the protesters broke through a fence and “attacked” the workers.

The incident occurred within half a mile of an encampment where hundreds of people have gathered to join the tribe’s protest of the oil pipeline, which is slated to cross the Dakotas and Iowa to Illinois.

The tribe fears the pipeline will disturb sacred sites and impact drinking water for thousands of tribal members on the reservation and millions farther downstream.

The protest Saturday came one day after the tribe filed court papers saying it found several sites of “significant cultural and historic value” along the pipeline’s path.