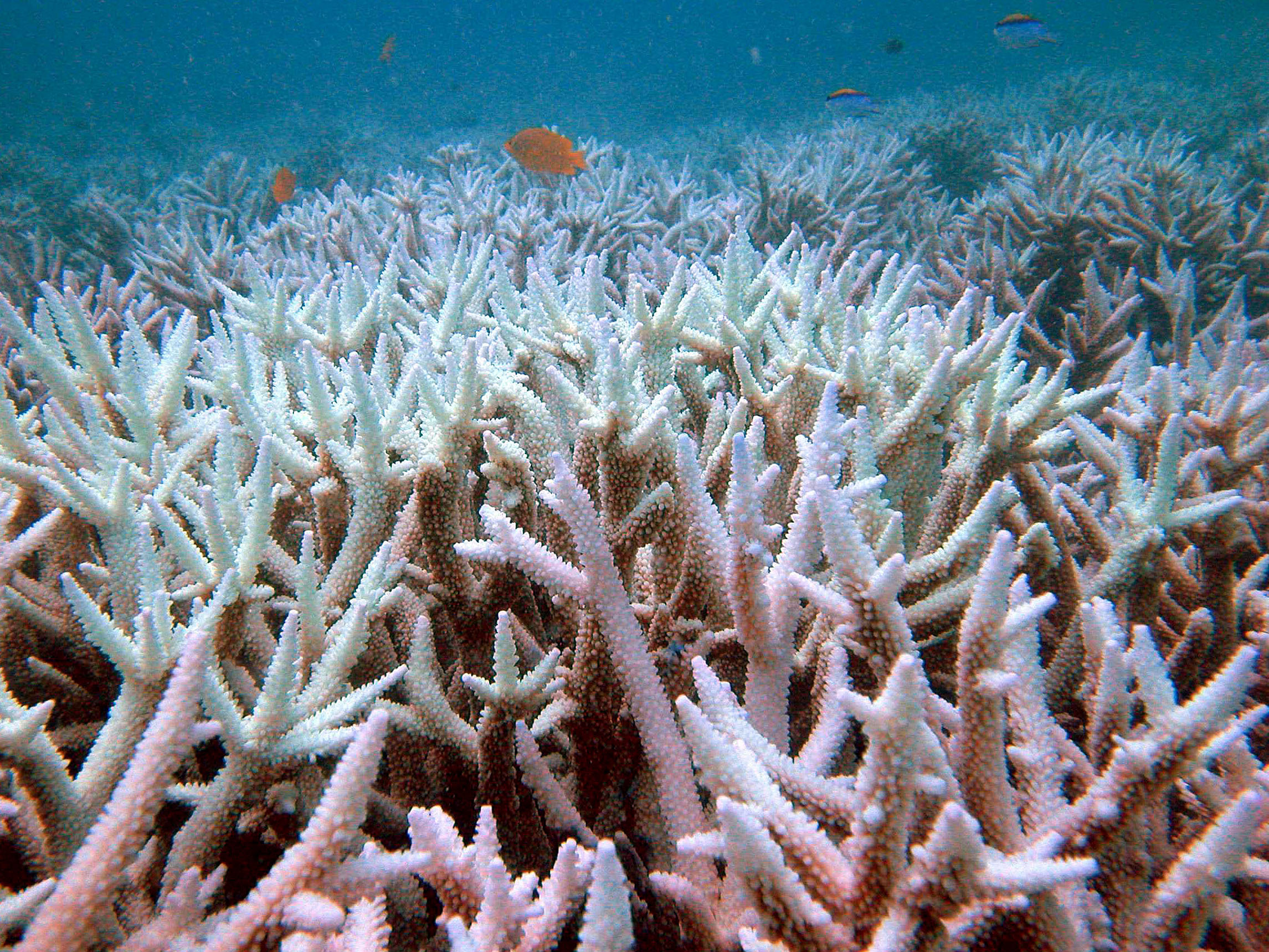 It looks like 2015 is shaping up to be a bad year for coral reefs.

The National Oceanic and Atmospheric Administration warned this week that warm waters in the tropical Pacific and Indian Oceans spark widespread coral bleaching across the world this year - making it the third time in less than two decades that this has occurred.

Reefs are one of the world's most important ecosystems, supporting more species than any other marine environment including 4,000 fish species. They are also a crucial to sustaining many coastal communities that thrive on the $375 billion a year reaped through diving, fishing and tourism.

Bleaching is akin to coral cancer. It occurs when corals are stressed by changes in conditions such as temperature, light or nutrients. They respond by expelling the symbiotic algae living in their tissues, causing them to turn white. Without the algae, the coral loses its major source of food and often can't survive.

NOAA warned the greatest threat for coral bleaching through May 2015 is in the western South Pacific and Indian oceans. In the Pacific, thermal stress has already reached levels that cause bleaching in Nauru, Kiribati, and the Solomon Islands, and is expected to spread to Tuvalu, Samoa, and American Samoa in the next few months. In the Indian Ocean, thermal stress may reach levels that cause bleaching around Madagascar, Mauritius, Seychelles, and parts of Indonesia and western Australia.

"If the pattern follows what we have seen in last two global bleaching events in 1998 and 2010, we may see this to move back into the central Pacific and into Southeast Asia and into western north Pacific," he said. "You are seeing this move with the sun. The heating is going on as the sun is in place and causing the temperature of the waters to warm above what corals can tolerate."

UNC professor John Bruno, who currently is studying the impact of overfishing on Caribbean reefs, said the projection wasn't surprising given that 2014 was found to be the hottest year in the modern record. He fears especially for reefs that had recovered from previous events like those in the Seychelles.

"All those places that have recovered will be right back where they were 15 to 20 years," Bruno said. "The concern with global warming is that if we start seeing bleaching events every three years or every five years we wont start see any recovery."

The NOAA projection is the latest dose of dire news for corals, almost a third of which have been degraded mostly due to climate change but also widespread pollution and coastal development. Among the biggest threats are bleaching events, with some 15 percent of reefs being lost in the 1998 event.