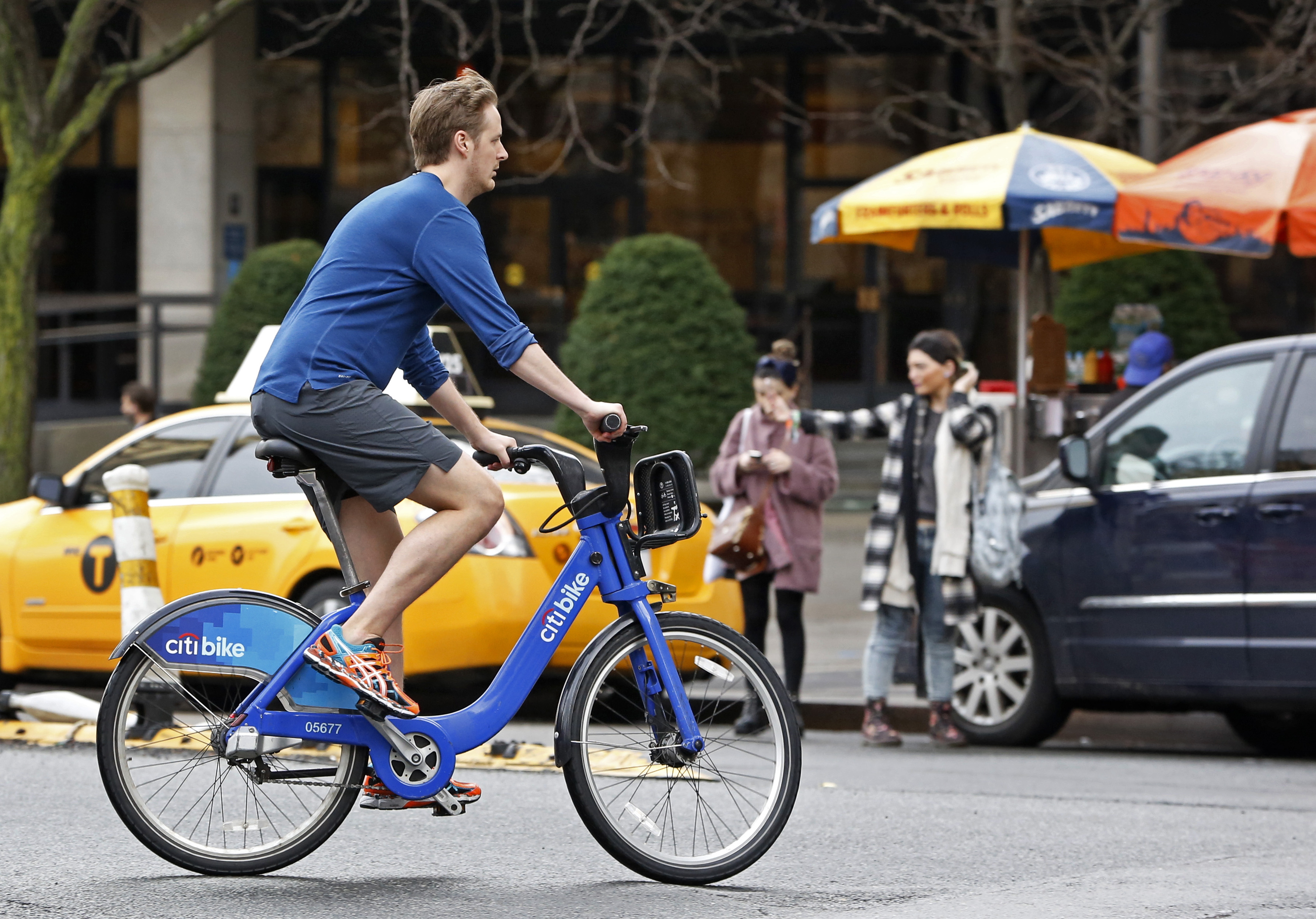 New York City has broken its record for the warmest Christmas.

Spring-like weather continued for another day across the eastern half of the country, with Washington D.C., at 69 degrees, just three degrees shy of its Christmas record, and normally-chilly Boston hitting 59 degrees.

A map by ClimateReanalyzer.org and the University of Maine shows just how much of the nation is experiencing above-average temperatures, with many areas, in red, about 20 degrees higher than normal.

The Christmas warm-up follows a month of record-setting temperatures in November. The National Oceanic and Atmospheric Administration (NOAA) said November was the seventh consecutive month that a global temperature record was broken, and the U.N. has already declared 2015 the warmest year on record.

The day before Christmas, New Yorkers in shorts and tank tops embraced temperatures that soared into the 70s, more typical of May.

"Sometimes global warming is awesome," Meg Roedling said as she ran through Brooklyn Bridge Park in shorts and a T-shirt.

A noontime temperature in Central Park of 72 degrees Thursday crushed the previous record of 63 degrees, set in 1996. National Weather Service meteorologist Carlie Buccola said 72 degrees was only 3 degrees cooler than it was on July Fourth.

She attributed the warmth to a jet stream keeping cooler temperatures in Canada.

A line stretched out the door in the late afternoon at a frozen yogurt shop on Manhattan's Upper East Side.

It was hardly traditional Christmas Eve fare, but "the weather made my friend want to get it," Talia Raven said as she waited in the weird warmth.

"I keep feeling like I'm forgetting something - my coat," she said.

Rupert Warwick, of Cornwall in the United Kingdom, said the temperatures were similar to what he was used to in December in the southwest of England.

"I came here with my daughter expecting to have that typical New York Christmas, which would be cold, snow, frosty weather," he said.

Warmer-than-usual temperatures are projected to extend through January. For December, average temperatures just over 50 degrees are about 12 degrees above normal.

At the weather service in Upton, New York, Buccola recalled the chilly temperatures of the past two winters, when numerous snowstorms swept across the state from December through February.

"It's kind of like this is our little gift for the last two winters," she said.